Review: Ghosts of Girlfriends Past (2009)

In my Best and Worst Emma Stone post I mentioned that I hadn't yet seen Ghosts of Girlfriends Past. Well, I soon corrected that the other night!

I watched this years ago, when I was going through my 'I only watch rom-coms phase'.  This may have been the film that pulled me out of that phase... 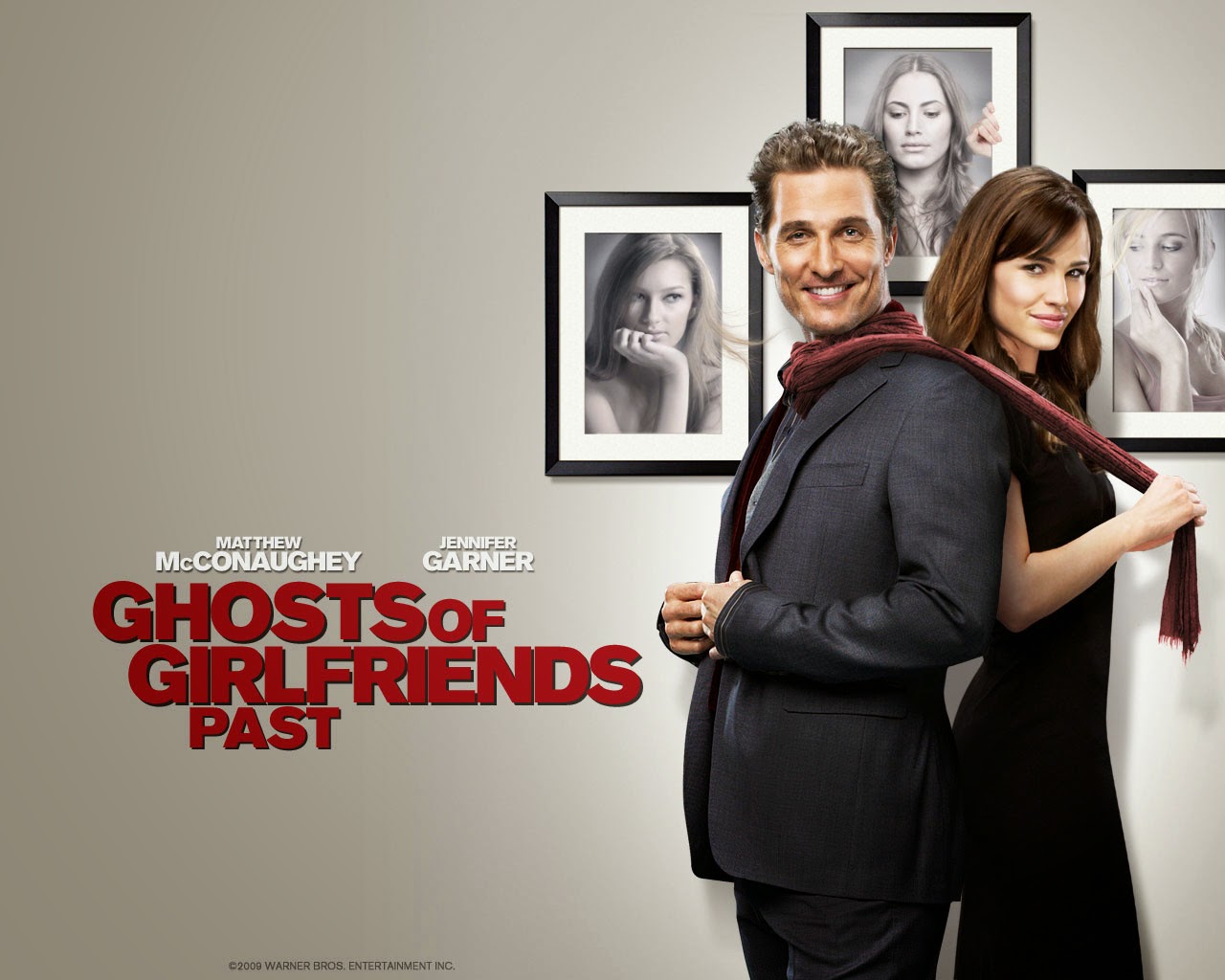 Matthew McConaughey plays Connor Mead, a fashion photographer who thinks he's god's gift to women. Whilst at his brother's wedding, he is visited by the ghost of his Uncle who warns him that his current lifestyle will only end in misery. Throughout the evening he is visited by 3 ghosts - sound familiar?

I actually really liked the idea, a twist on Charles Dickens' A Christmas Carol. Maybe I should have watched this in December rather than on the hottest day of the year so far in the UK? Anyway, I knew the plot would be predictable but I can forgive that for most romcoms. I didn't enjoy this film as much as I should have done, and I'm sorry but Matthew McConaughey is mostly to blame. 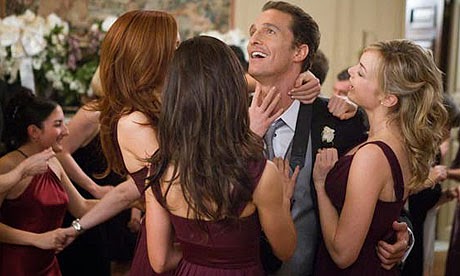 Don't get me wrong here. I have absolutely no problem with cocky, womanising characters in romcoms. Chris Brander in Just Friends? Love him. But there's just something about Matthew McConaughey that makes my skin crawl. I just don't get him! Every girl in this film who fawned over him needed a slap, especially that bridesmaid.

I have to agree I hated Matthew McConaughey's character but most of all I hated the plot of this film.  The film dragged and dragged, I felt no sympathy for any of the characters (particularly the women who threw themselves at an obvious womanizer), honestly I didn't even like the characters (and usually I am a fan of Jennifer Garner's work, if we pretend Elektra didn't happen of course!).  Surprisingly, as someone who usually loves the romcom genre no matter how predictable, I was bored, uninspired and wasn't even rooting for the couple in the end which is part of the the awesomeness of romcoms!

If you'll allow me to ramble slightly, I absolutely loved Emma Stone's character, it's a shame she played such a minor role. I also had a total blast from the past when I saw Breckin Meyer's character as the last thing I saw him in was Garfield! Sorry, back on track... 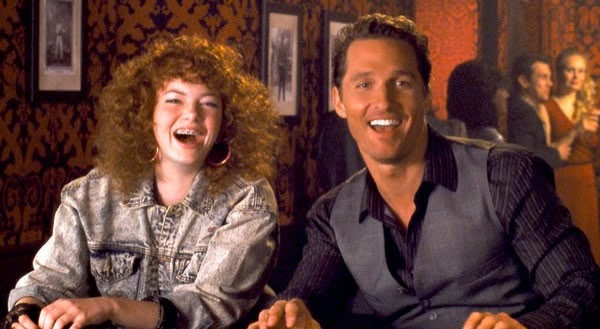 As I mentioned, you can probably guess the whole plot to the film before you press play, but despite that, it's enjoyable and there are plenty of funny parts. Some are just a little too over the top and others entirely un-realistic. If you're just about holding up a huge wedding cake about to topple over, would you not just shout for help rather than try to catch a champagne bottle with your foot to hold it up with?!

The only positives to the film for me were Michael Douglas as Connor Mead's hero and mentor, Uncle Wayne and Emma Stone's girlfriend flashback!

If it's sat on your 'to watch' list then give it a go, but if not, feel free to give Ghosts of Girlfriends Past a miss.

Personally, I would suggest give it a miss (unless of course you are trying to watch everything Emma Stone has been in!)