I woke up Monday morning to a wave of social media and news reports informing me that a true legend had passed, someone who I grew up watching and loved in pretty much everything he did.  My heart broke a little and I cried for someone I had never met.  I cried not because I felt I had lost someone but because of the circumstances surrounding this tragic loss of life.  Robin Williams (apparently, I have to say this as nothing has been confirmed in the media yet) committed suicide after suffering for years with crippling depression.  My heart broke at the thought that someone with such talent, presence and impact on the world of film and further afield felt he had no other choice than to take his own life.  It makes it very clear that fame, money and success, do not a happy man make.

As someone who has suffered with depression, I feel that this is an opportunity to raise awareness of mental health issues that most people are afraid to talk about.  Many are afraid to admit it, even to themselves.  Robin Williams, sought treatment for his issues but still couldn't beat his own demons and that is soul destroying, to know that this disease can push people to such drastic choices.  A friend of mine posted this article from The Guardian which I think is worth reading and sharing as it makes some extremely valid points - http://goo.gl/uyPgqA

I have spent my lifetime watching Robin Williams in films and on TV and I am truly devastated that we will see no more work from this great actor and comedy legend.

So, today I am posting my top 5 favourite Robin Williams films: 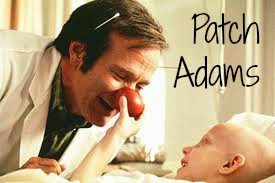 Some of the children on the ward in this film were actual cancer patients and Williams and the crew worked closely with the Make-a-Wish Foundation to grant wishes to children undergoing treatment.  I loved this film, I know it was slammed by critics and rotten tomatoes has got a total of 23% but I thought it was very heartfelt (and as my regular readers may know, I love a good weepy!!) 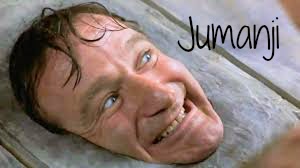 This is such a different film, although I have only recently been informed that it is adapted from a book which I may now read.  I still fiercely dislike Kirsten Dunst's character in it, as I have since the first time I watched it but I still love it regardless.  I remember seeing it at the cinema and being terrified of the lion (still true today!) but this has serious childhood nostalgia for me, might have to watch it again soon in honour. 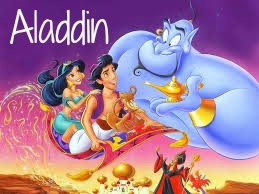 Who didn't think the Genie was the best character in Aladdin?  In fact, he pretty much stole the show!!  I am a great lover of Disney films, but this is actually one of my least favourites, if it wasn't for the Genie and Apu, I probably would have never watched it more than once! 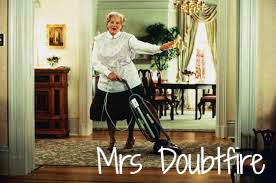 "Ooooh I don't like boys, I used to be one" - One of my favourite lines from this film.  You laughed, you cried, you sang along and you know all the best lines off by heart.  Mrs Doubtfire, I'm not sure anyone could say they didn't like this film (although only got 71% on Rotten Tomatoes!).  If you haven't seen it, see it.  If you have seen it, see it again. 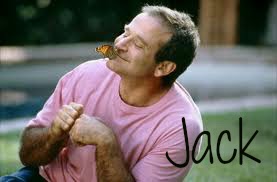 This is the story of Jack, a 10 year old boy who has an aging disorder so appears to age 4 times faster, therefore has the look of a 40 year old man.  After years of home schooling, Jack chooses to go to public school and learns the joys of making friends and the heartbreak of the real world.  Williams plays a 10 year old perfectly and although starts out as a comedy becomes quite a serious and emotional drama that I found stuck with me for a long time.  Yes it's predictable and the jokes are obvious but I love it.

I haven't seen many of Robin Williams serious films, hence why my top five is full of comedies and kids films but I will be digging through the archives and make a point of watching his more serious work.


ARGH!! I have just finished this post and I was literally about to click 'publish' and I realised not only had I missed a film out but I missed a film out that is by far my all time favourite Robin Williams movie (and a childhood great!) so this one is getting a special mention!! 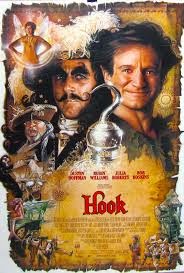 Hook - what a film, full of childhood nostalgia for me a really great film.  The acting is great (if you discount the children and the lost boys whose acting is questionable!) and the story is so clever.  Peter Pan was one of my moms favourite films and to have a sort of sequel was amazing as a kid (back when you wanted every film you loved to have a sequel even if there was no story to carry it, you just wanted to see the lovebirds get married and live happily ever after!).  Dustin Hoffman was terrifying as Hook and Robin Williams reminded you how much you loved Peter Pan.  I love that they moved forward with Tinkerbell's character, giving her dialogue and a likeable personality of her own.  Would watch this over and over again and never get bored.