Looking Forward to Seeing at the Cinema this Month...August 2014

I am actually writing my part of this post ridiculously early (its 1st July right now) because I'm off on holiday so I wanted get a bit ahead for Allie while I'm away!  There is nothing coming out this next month that excites me more than this: The first film was amazing, we laughed, we cried (with laughter) and it had all the good parts of the series and more.  Now I know sequels are traditionally not as good as the originals but I don't see how this film could be bad.  If you haven't seen it yet, here is the trailer:

The Inbetweeners 2 is released in UK cinemas on 6th August, 2014.
P.S I can almost guarantee that this film is NSFT, NSFP and certainly NSFD (Full explanation here!)﻿

Yeah you totally just stole the film that I wanted to pick! Now that I've seen the trailer I'm pretty certain this won't be as good as the first, but I'm still looking forward to it. Sticking with the comedy theme, I'm also really looking forward to Let's Be Cops. 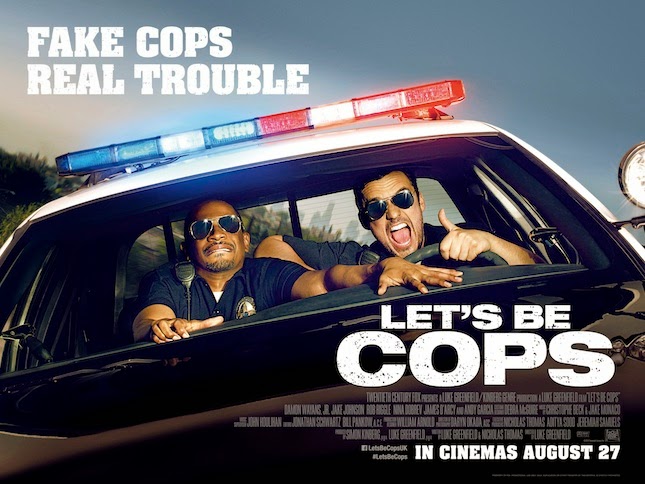 I have so much love for Jake Johnson since my undying love for the TV Show New Girl. In fact I had to look up his name just because he will always be Nick Miller to me! I'm just hoping that the funny moments in the trailer is all there is, and that they've saved the best for the film itself. It's got to be better than Ride Along, right? Here's the trailer if you haven't seen it already:
﻿