We had a little Flick Chicks meet-up the other night. Other than a good old catch-up, we also wanted to watch Footloose together, as that's the film we've chosen for a 1984 Blogathon we're taking part in. Unfortunately, Jenna opened up the case and the disc was nowhere to be found. Not to worry though, as we stuck on Sky Movies and picked out Admission to watch. Had we have known what we were about to experience, we may have worried!! 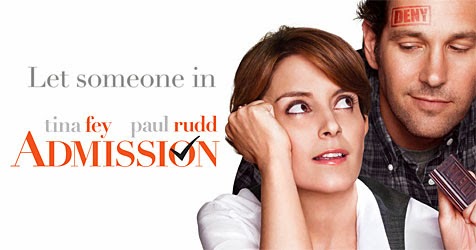 Let me try and sum this plot up sensibly. Tina Fey plays an Admissions Officer at Princeton. She leads a fairly dull life which seems to revolve around her career. On a recruitment visit to an alternative school, she meets Paul Rudd's character, who runs the school and wants to introduce her to a student who just so happens to be the son that Tina Fey put up for adoption years ago.

I need to point out here that neither me nor Jenna knew anything about the plot before we watched Admission. It still doesn't excuse our shock and confusion at the reveal of the adopted son though. It literally came out of the blue, no build up, no hints, or anything. It just didn't seem to make sense and we actually laughed!
As did her response, which was neither shock, elation, sadness or confusion (just in case she hadn't given a kid up for adoption) it was just 'oh ok fair enough' like he had just told her they had run out of hot wings at KFC (it sucks but you'll move on....quickly! Excuse me but I would have a total freak out if KFC ran out of wings).  I've never quite seen a plotline vary so much is what it was trying to portray, one minute it was bored admissions working maybe looking for something more fun, then it was mother daughter bonding drama/comedy, then a pitiful romcom, a long lost son/mother reunion, a comedy and a drama with a bit of slapstick (cow birthing) thrown in - what a mess!! (literally in a few cases!) 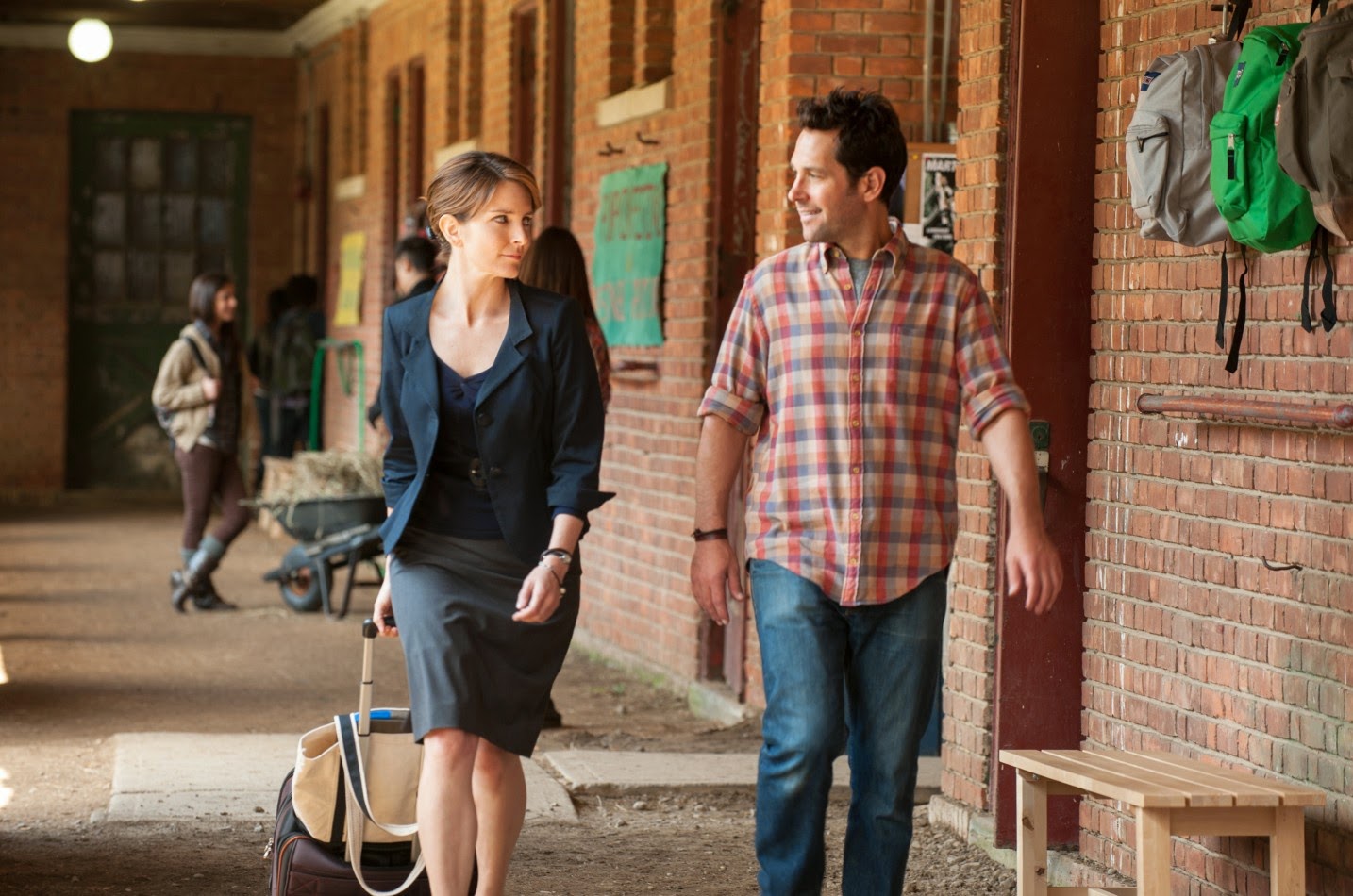 
There was just so much that annoyed me about this film. The whole birth certificate thing just has to be a massive plot hole. Where did it even come from? Why were there no details at all of the mother on it? I'm no expert but it has to mention something, surely? Why was there no real reaction to her finding out that this kid is her son? So infuriating! See above!!

Let's get on to a couple of other characters though. The horrible boyfriend. Why did he never seem to get what was coming to him? He was just a massive douche in every scene, and as the audience I expect some kind of karma to kick in. And what about poor little Nelson, Paul Rudd's adopted son? He just seemed to be forgotten about at every single moment. Someone adopt that poor kid, quick!! 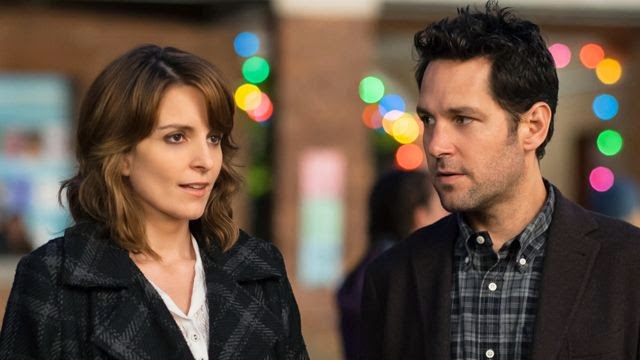 As this film went on I sunk lower and lower into my chair just willing it to end, in fact at one point I thought it was nearly over and there was another 40 minutes left!  No idea what they were trying to achieve with this one and Paul Rudd could really do with playing a different character once in a while (if he can!).  I haven't seen Tina Fey in much but what I have seen, I could say the same - she appears to play the same awkward character in everything.

This is honestly all that I can say about Admission while being constructive; it was just a really bad film. A cast of unlikeable characters and a plot that was all over the place.

Painful and slow to watch, take my word for it, don't bother!!  If you want to know how it ends, just ask us it will save you a lot of time and effort!