Review: The Hitchhiker's Guide to the Galaxy (2005)

It's rare that I get to do the whole 'Oh my god what do you mean you've never seen *insert amazing film here*' thing. It's normally done to me. I can't even remember what I was referencing to my other half when I mentioned The Hitchhiker's Guide to the Galaxy, but he said he'd never seen it! In truth, my Dad forced me to watch it at the same time as I watched the Monty Python films with him, and I probably haven't seen it since. I bought the DVD a few days ago though, and last night, we watched it.

Have you got your towel? Okay, let's do this... 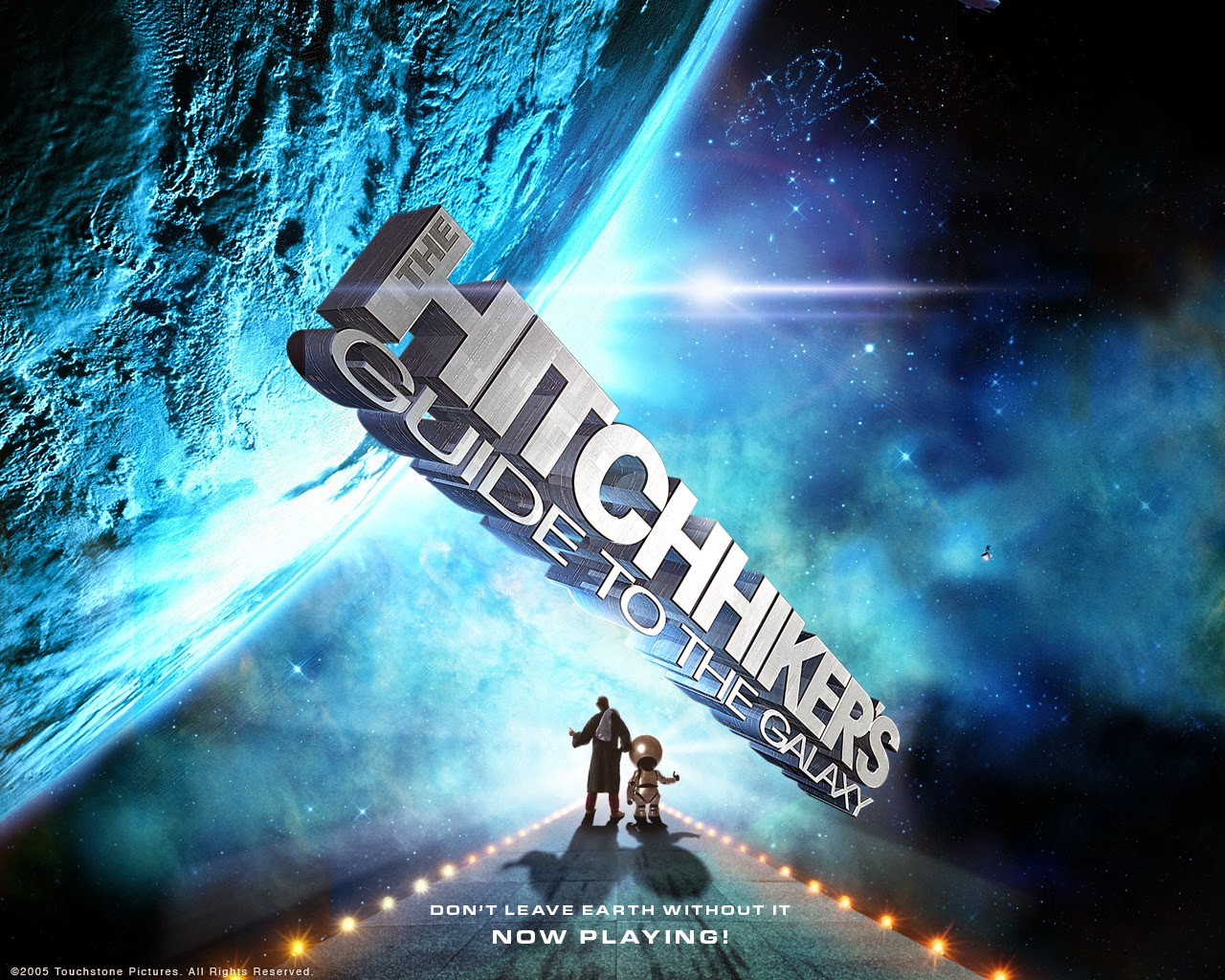 Poor Arthur Dent (Martin Freeman) is having a bad day. The council is trying to knock down his house to create a by-pass, even though his is the only house for miles around. Just to make things worse, his home planet is destroyed, but he is rescued by his friend, who he never knew was actually an alien. Still with me? Arthur's friend Ford (Mos Def) is a researcher, and he's putting together a new edition of  The Hitchhiker's Guide to the Galaxy.

Honestly, I think this is a bit of a marmite film. You either get it, and think it's hilarious, or you just don't, and how can you like a film that you just don't understand? I for one love it. It's the perfect mixture of silliness, irony, and great storytelling. A little bit of slapstick, anyone? I probably would love this film if I hadn't fallen asleep, twice, trying to watch it!!  I promise I will give it another go soon, maybe on a plane ride this weekend and then I can add more to this but until then, enjoy Allies review...

The story does move at a bit of a crazy pace, and if you enjoy the film I recommended that you read the books, as a lot has been crammed in to a short space of time. The cast is just perfect in my opinion, although I read a post on the IMDB boards where people were discussing who they would have cast, or who they would cast now. I think that would make a great future post!

I think I may have to create a '10 Things I Love About...' post for this, because I could ramble for hours at this rate!

Getting back on track, the visual effects are great for the age of this film. If you watch it for the first time now, you probably won't be impressed, but 9 years ago they were great. If you liked Monty Python, give this a go, and if you've got a book-shaped hole in your life at the moment, then you should definitely give the books a go. For now though, so long and thanks for all the fish!