Although I'm not a huge Breaking Bad fan, (please bear with me) I think Aaron Paul is brilliant, and I love the Need For Speed games, so I was really looking forward to seeing this. I can happily say that I wasn't disappointed! I love Aaron Paul and I was disappointed! 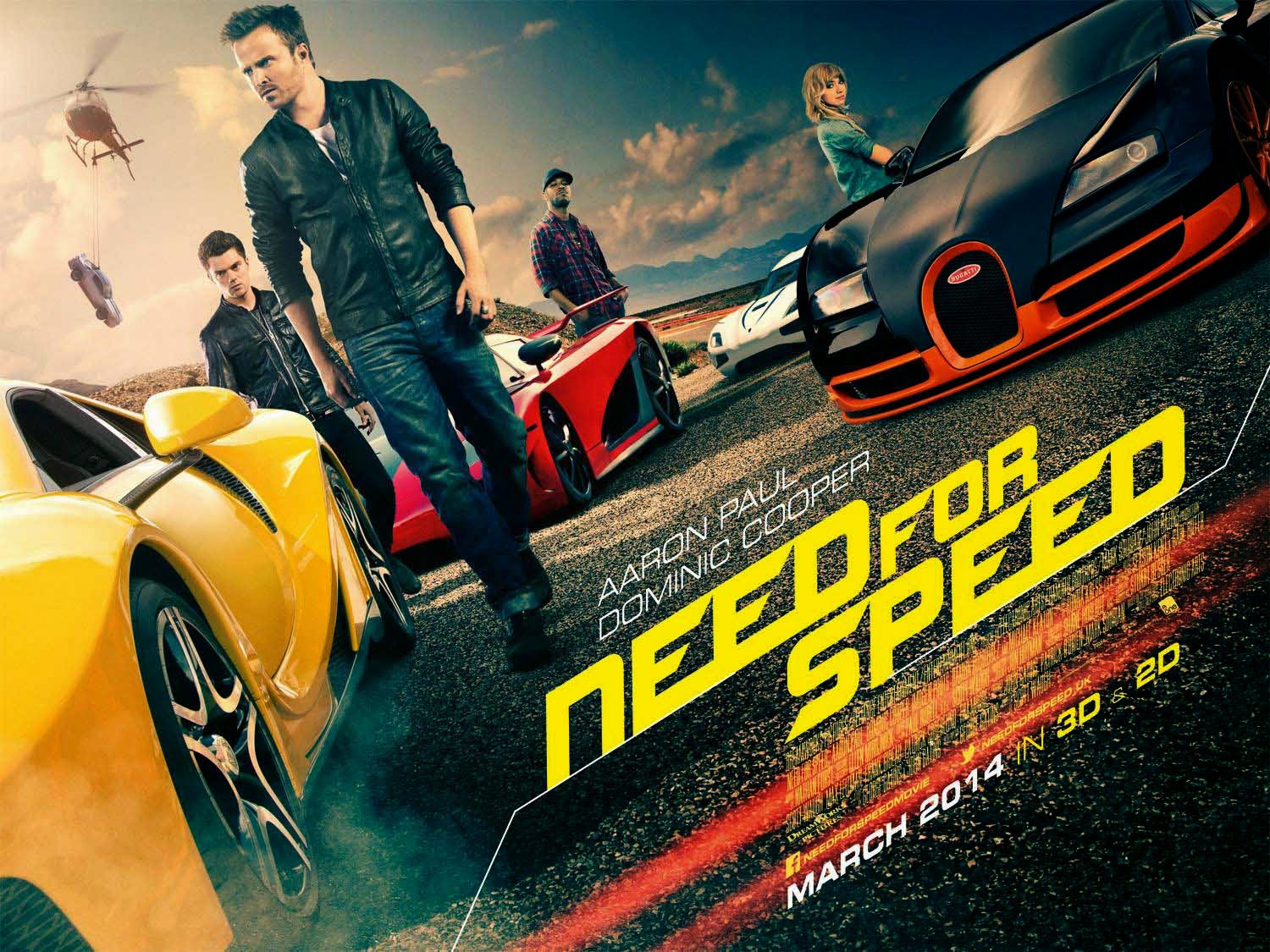 I didn't want to spoil anything for myself, but I couldn't help reading a few reviews before I went to see this. I'm glad I did because someone heartily recommended seeing this in 3D, which we did. I don't usually do 3D unless we go to the Giant Screen in Birmingham, and generally I don't like 'real actor' 3D films, but this was something else. The racing scenes in particular were fantastic in 3D!  I wouldn't have minded giving this a go in 3D, even though I have a strict rule of no live action films in 3D, animation only!

Now, as much as I don't want to, I'm going to mention Fast and Furious. I'm sorry! But you just can't help comparing the two. However, I've only actually seen the first and sixth films in the series, so I have a slightly fresher view on it. In my personal opinion, I prefer Need For Speed. I liked the characters more, I liked the racing scenes more, and in some places this film was absolutely hilarious.  I have to disagree, I prefer the characters in the F&F films, although the comedy was a little better in this, I find the storylines in the F&F franchise much better and actually somewhat more logical (see my 5 point rant below that include spoilers - sorry!

My only criticism would be that it lacked emotional depth. Perhaps a silly thing to say taking into account the genre of film? But that's what I thought, nonetheless. The romance was nice, but I didn't really see how prison really effected Aaron's character. That's all I can say without spoilers, but see what you think.

I really enjoyed the racing scenes and the comedy element to the film and I actually quite liked the characters but the awful storyline and lack of logic really ruined it for me, I just couldn't understand why half the characters were doing the things they were doing.

Just some words of advice? If you see this on the big screen, hold back the temptation to drive home like this:

*SPOILER ALERT* Please don't be mad at me for including spoilers, if you have seen this film you will understand why I had to do it!! I got so grieved about these points while watching this film, I had to write them down immediately so I wouldn't forget.  Plus I don't think I can do a full review without discussing these points.  I have put them in grey so if you haven't seen the film you can just skim past and head to the ratings at the bottom!!


1. Why would a man pay $2.7m for a car and then 2 years later allow a convict (who isn't allowed to leave the state due to parole) to drive it across country to compete in a race to win him $4m and if I heard the rules right all the cars are given to the winner so he has absolutely no collateral if Toby loses!! Ridiculous!


2. Why is this girl happy to vouch for Toby who we are led to believe she has met all of once and why is she happy to help him break parole to go to the race and get herself a criminal record for a guy she doesn't know.


3.  Why does Toby have to compete in the race to get revenge, surely killing the dude would be revenge, what does beating him in a race do, put more lives in danger.  Surely after what he saw happen to Pete he would rather skip the races all together no??


4.  Pete's sister got engaged to the guy who Toby said killed her brother, from what we can tell she has know Toby a long time, even if she didn't know for certain do we really think she would marry him? Are we supposed to believe that??


5.  When some random girl (to her, to us it's Julia) announces on the radio that Toby is only driving across country to prove he didn't do it (how?) suddenly all the doubts (that she should have had all along) come to light and she decides to search her fiancé's  computer, impressive considering she didn't know what she was looking for found compelling evidence of his betrayal within 30 seconds... Genius!!!

Ahhhhh...deep breaths Allie, deep breaths...it's based on a game though, a game which has very little storyline and focuses nearly solely on the racing. Anyone who has ever played a Need for Speed game knew what to expect so I don't think it can bashed for that. 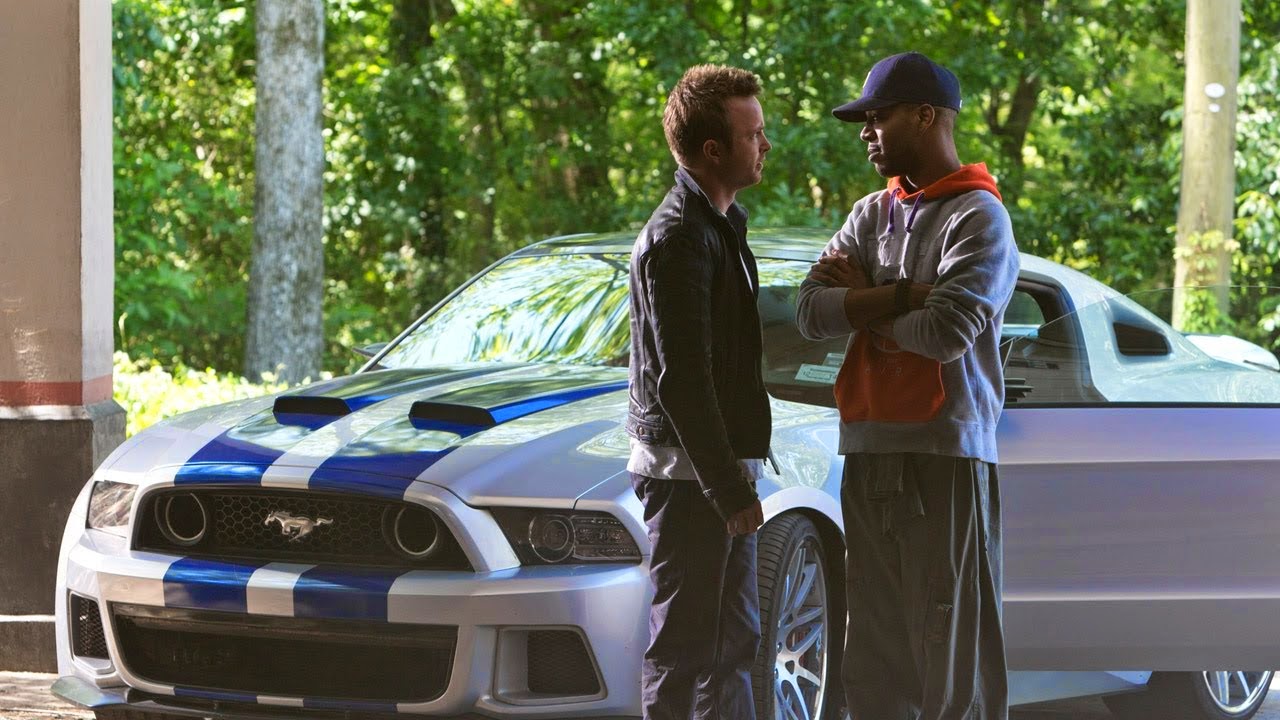 I can confidently recommend watching this film, and I for one can't wait to see it again.

As you can probably tell from my 5 point rant above (if you read it) I would recommend this film for the action and even the comedy but not for the storyline.  If you like films where you don't have to think and just watch fast cars fly by, this is the film for you.  I hate to give it such a low rating because I actually really enjoyed it but the story dropped the rating right down.