I'm used to busy cinema screens, as the only time I really go is on Orange Wednesdays. Who can afford a full price cinema ticket these days?! Certainly not me. What I wasn't expecting was for our screen to be completely full, every single seat sold, for Bad Neighbours this week. Wow!  See this is where we differ, I have a Cineworld Unlimited card, so I avoid Wednesday's like the plague, however they have recently introduced allocated seating which is AMAZING! - Sorry little off topic there! You leave my review sat in draft for 6 weeks and then hijack it with your Cineworld nonsense?! 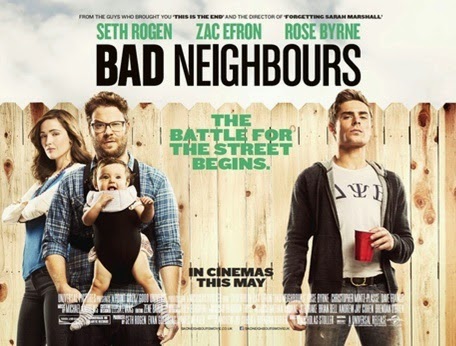 The last time I was in a cinema screen that busy was a few years ago for Horrible Bosses, and the atmosphere was fantastic. It's always a worry, especially with a comedy like this, that the screen will be full of rowdy kids but apart from missing all the trailers so staff could find seats for everyone, it was absolutely fine! Cinema Etiquette is a big deal to us here, which you'll know if you've read our Guide to Cinema Etiquette before!
If you've seen the trailer you'll know the gist of the film. Mac (Rogen) and Kelly (Byrne) are trying to deal with their new 'grown-up' lives now that they have a house and baby together. The unoccupied house next door gets taken by a fraternity, and Mac and Kelly then face the dilemma of trying to keep cool but also getting some sleep at night! Things take a turn for the worse when they call the cops on the frat house one night, and war ensues... 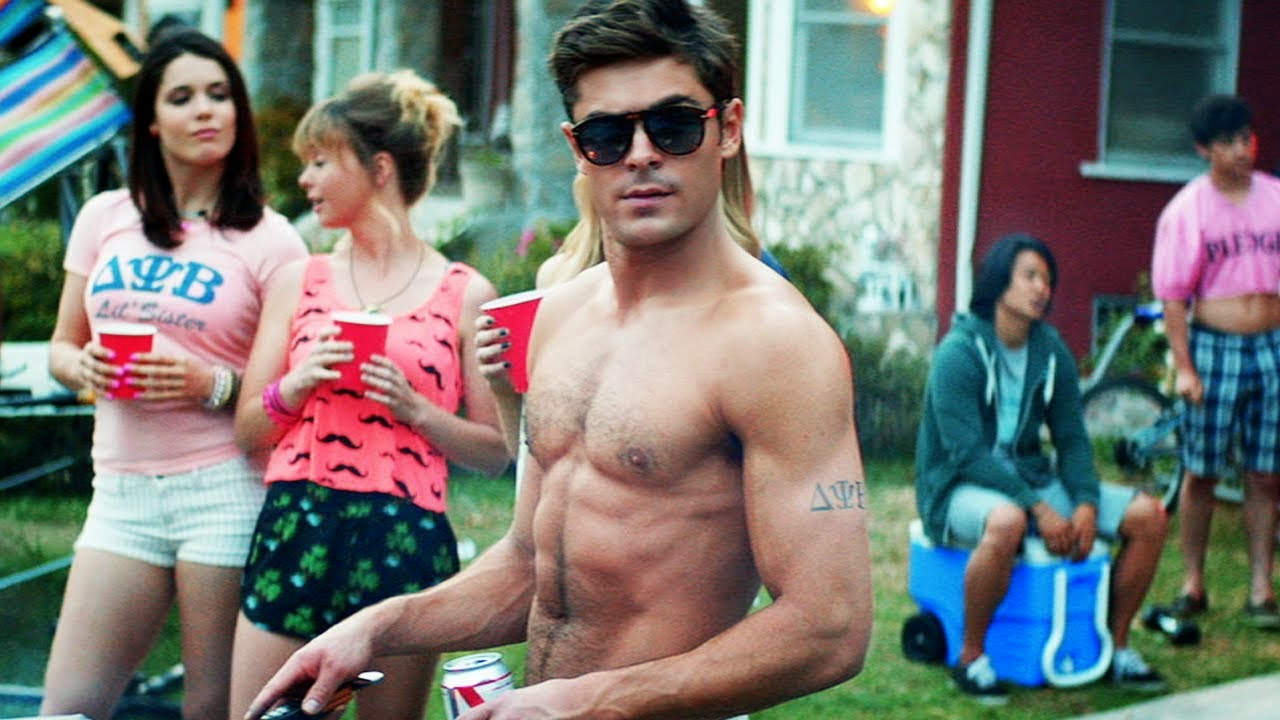 From what I've seen, reviews for Bad Neighbours are mixed, but I loved it. I laughed from start to finish, and probably missed a few jokes because I was still laughing from the last. There was one moment that I thought was maybe going one step too far, but Rose Byrne made it fantastic! I really can't wait to see this again.  I reckon when I finally get around to watching this, I will find it hilarious.  Mainly because I have just watched 'That Awkward Moment' and laughed violently out loud (on a plane) multiple times! I'm actually super excited about That Awkward Moment now, I didn't know how to feel about Zac Efron but he was brilliant in this.
There's always a worry with comedies that all the funny moments were put into the trailer (Identity Thief, anyone? So painfully true!), but that isn't the case with Bad Neighbours. There aren't many clips on YouTube just yet but let me share this one with you...﻿

I will be buying this on DVD as soon as it comes out, invite some friends over, order some pizza, and stick this on for a night of laughs. Jenna I suppose you can come too!  I probably still wont have seen it so yeah I'm in ;-)