Flick Chicks: Looking Forward to Seeing in the Cinema: September 2016

Another month, another looking forward post.  How do these come around so quickly?! September is always the hardest month for this, all the blockbusters have finished, the Halloween and Christmas picks aren't ready yet, it's a bit of stop gap between blocks of loads of good movies coming out.  We should be grateful of the break I reckon!


Having finally watching a Woody Allen movie and loving it and my bizarre love for Jesse Eisenberg - this has to be my pick this month! 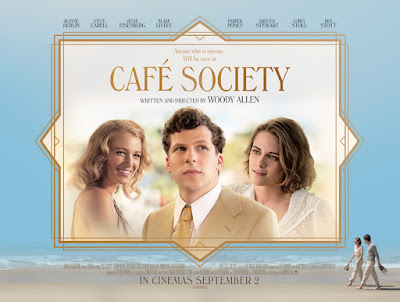 Set in the 1930's, Bobby (Jesse Eisenberg) moves to Hollywood and ultimately falls in love with a top agent's Secretary.  I don't really know what happens next (which is amazing considering I have seen the trailer, this must be one of the only trailers that doesn't give us the whole damn story!) and i'm happy to keep it that way until I can get to the cinema!

Cafe Society is released in UK cinemas on 2nd September 2016


I'm actually kind of glad blockbuster season is over! After cramming in a record number of cinema trips this summer (which for me is like, 1 a week) I was looking forward to a quiet movie spell (mainly so I can play the new World of Warcraft expansion) but no! There's actually loads I want to see in September. I'm on the fence about Sausage Party...I can't help but groan at the thought of it, but maybe it'll be good. I'm also keen to see Kubo and the Two Strings and The Magnificent Seven. Plus, September brings the release of Bridget Jones's Baby! Yaaaaas!

All of these I can happily wait for a DVD release though. If I can drag myself away from saving Azeroth for one cinema trip this month, it'll be to see Swiss Army Man. You've got to have heard of this movie by now. I mean, it's been released already across the whole world apart from the UK and Germany! Seriously guys, living on this little island suck hard, sometimes. 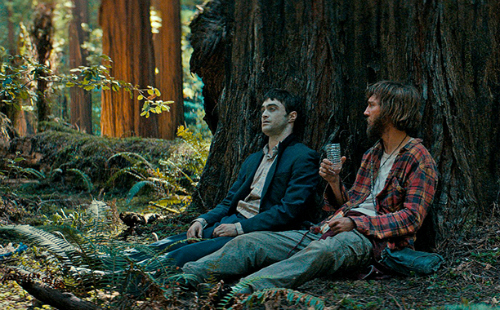 If you live in the land of tea and cucumber sandwiches like I do, and haven't heard of Swiss Army Man yet, let me enlighten you. I've only ever watched the trailer and have steered clear of reviews so far, but basically, Paul Dano is stuck on a desert island, and comes across Daniel Radcliffe's corpse on the beach. Turns out a flatulent corpse can be quite useful, hence the name of the movie!

When I first saw the trailer a few months ago, I scoffed at how stupid the whole thing was and ran downstairs with my tablet to show my husband. Thing is, the second time I watched it, something just clicked inside my head and I though, this is genius! I honestly can't wait. Here's the trailer, biscuit lovers: