Our Most Disappointing Movies of 2015

Last year I titled this post something along the lines of ‘Worst Movies’ which was poor wording by me. Don’t get me wrong, some of the movies in that list really were terrible, and I don’t think anyone would disagree with me, but others weren’t bad movies per se, they just weren’t anywhere near as enjoyable as I hoped, and so I upset a few people with my choices. Yeah me!

So without further ado, here are the movies that disappointed us the most in 2015… 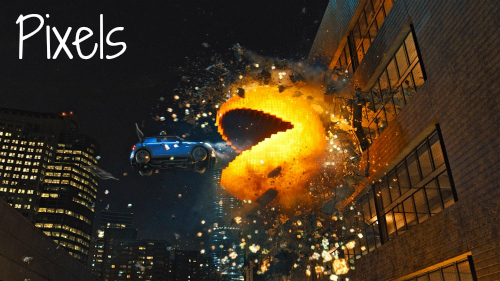 I have only myself to blame for watching Pixels. As soon as I saw the trailer in the cinema with a group of friends (I think we were watching Age of Ultron) we all had the same reaction, this is going to be awful. But it’s got video games in! We love video games! Plus, Game of Thrones was airing at the time so I was on a Peter Dinklage high. It actually wasn’t as bad as I had geared myself up for, but it could have been so much better.  I had exactly the same thought process but replace the word 'game' with 'Sandler' and I was a disappointed as Allie was in this. 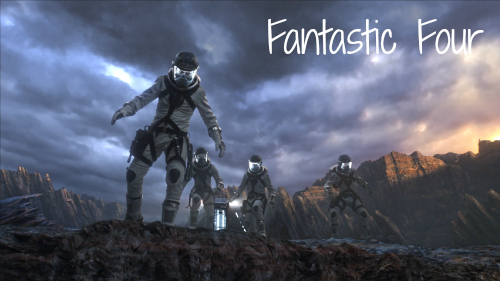 Superhero movies are just everywhere now, there’s no escaping them. I didn’t enjoy any of the other Fantastic Four movies WHAT?!, but when I heard how bad this year’s offering was, I had to see it for myself. I enjoyed Green Lantern, (this still horrifies me, but I suppose I liked the first Fantastic Four so hey ho!) I was bound to find some good in this. Nope. Nooooope. It was awful from start to finish. It was pretty to look at, but with a cast or boring characters I could care less about, it was doomed from the start. Bored bored bored, nothing interesting or good about this just complete waste of money and a rushed project developed solely to ensure Fox kept the rights to the characters. 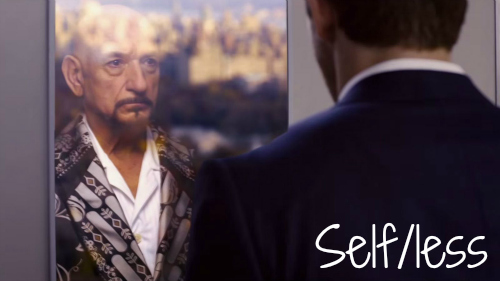 Ugh. Self/less. Let’s start with the trailer that gave away the whole darn movie, and move swiftly on to question why a multi millionaire genius would spent his fortune transferring his mind to a younger body when he has to let go of his old identity and his entire previous life? It was an entertaining watch, but made absolutely zero sense, sadly. 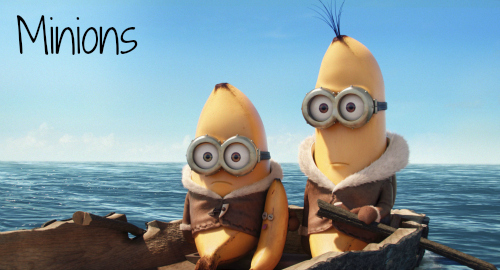 I’m sorry! This is my controversial choice this year. Let me explain. I love Despicable Me. Like, one of my favourite movies ever love Despicable Me. The sequel was really kind of rubbish, the only saving grace was those little yellow Minions. So I was so excited to find out they were getting their own movie! And it was okay! It’s just now, months after watching it, I can’t remember what even happened. There was an origin story, a convention, and London. No no no no no - how are we friends?! This film was completely ridiculous but I loved every minute and I quote the film on a daily basis, not one of the best of the year but definitely not one of the worst. 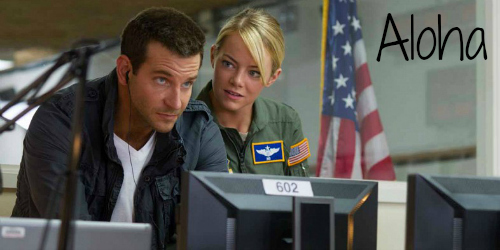 Usually, when I spot a movie with an amazing cast and decide to watch it, despite knowing nothing about it at all, it really pays off. I thought that would be the case with Aloha, but it was so, so dull and I didn’t know what the plot was whilst I was watching it, let alone try to recall it now. It was such a waste of Bradley Cooper and Emma Stone’s talents, they weren’t themselves at all in this.  Still not 100% sure of the plot for this movie and or why any of the cast agreed to be in it after reading the script (I read the plot on paper as well and I still don't understand it!). 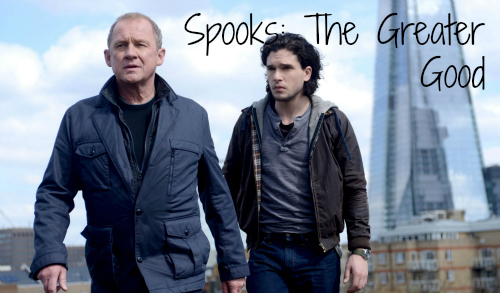 Maybe I shouldn’t have watched Spooks: The Greater Good without at least researching the TV Show first. I figured it would work as a standalone, and well, it has Jon Snow running around London in tight trousers, I thought it would be good! Sadly, it was a generic ‘there’s a terrorist and they have someone on the inside and we don’t know who’ movie, and for fun, I guessed who it would be at the start of the movie. I was right. Darn. Normally that feels good. 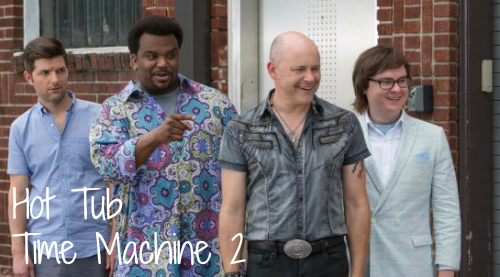 Whyyy was Hot Tub Time Machine 2 even made? The first was okay at best.  I assume this is a joke because the first Hot Tub Time Machine was freakin' awesome! Again, my own fault here because I thought Adam Scott would make everything better. Only he was wearing a skirt. Why?! Argh! Just bland, all round.  However, I fully agree with the second one being in this list, just terrible not even the cameo at the end could save this. 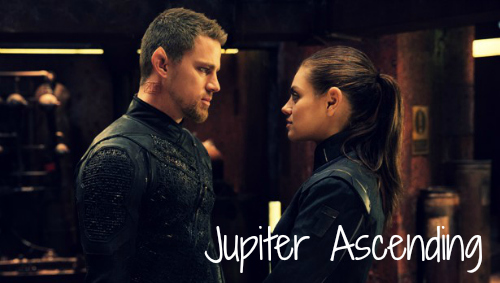 Ah, Jupiter Ascending. The reason I can never look at Eddie Redmayne without hearing his raspy voice in my head. I reviewed all of my movie choices in this list apart from this one, because I literally couldn’t. All I could muster was a vague outline of the plot as I saw it, which was a page full of drabble. Not even good old Channing Tatum could save this one for me. It was beautiful to look at, though!  I still can't explain why I have seen this film TWICE, after realising how bad it was the first time round I still sat through it a full second time. why why why?! This was awful, I wasn't convinced I knew what was happening in the story and the visuals, although stunning, were bizarre and didn't appear to add anything to the film.  Oh Channing why?! 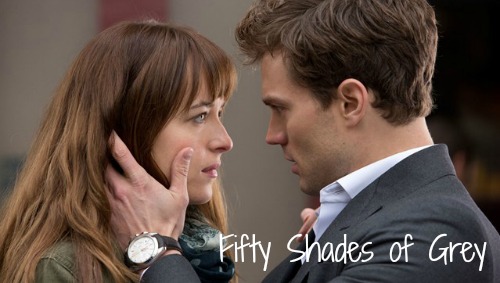 Ok so this may not have been one of the worst of the year but bear with me, there is a reason behind my choice here.  I watched this on pay per view in a hotel room in Qatar, why would that affect my opinion on the movie I hear you cry... well it seems in the Middle East on pay per view they will in fact cut out all scenes of, what they consider, inappropriateness therefore there were no sex scenes, not one....in  Fifty Shades of Grey...therefore it was just a really bad romantic comedy.  I have since watched the film in full and still didn't think a whole lot of it so  here it is.... I still love this story! Please keep telling me it because it's funny every time! 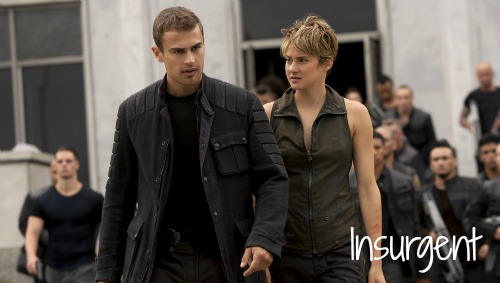 Loved loved loved the books, the first film was ok and this one was bad...really really bad and Shailene Woodley seems to have lost the ability to act for this particular role. Whole film was choppy and confusing even having read the books I still had no idea what was going on. I think I may swerve the final installment completely. 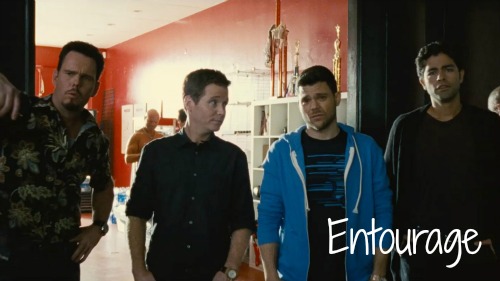 I watched all eight seasons in a matter of weeks and as with all seasons when the end the possibility of finding out where the characters all ended up (am I only one still holding out hope for a Friends movie?!).  So the idea of the Entourage movie was exciting, that is until it started and I realised it was poop (to use the technical term).  It destroyed every neat little bow it set up at the end of the series in order to allow the boys the freedom to be the gross, sex mad lunatics they had been previously. 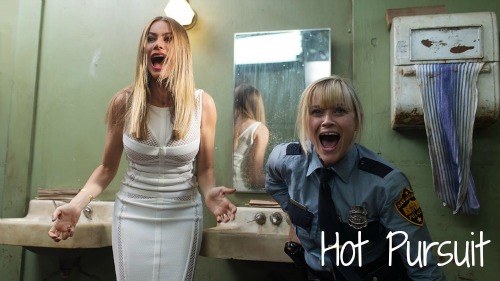 Trying to follow The Heat was always going to be tough and this did not managed to live up to it, not even close.  The characters are irritating instead of funny and the story is plain ridiculous (and not in a funny way!).  Disappointed in both the leads especially after Witherspoon's epic performance in Wild and Vergara's general hilarity in Modern Family. Not good at all.
Posted by Unknown at Wednesday, January 20, 2016
Labels: 2015, Aloha, Entourage, Fantastic Four, Fifty Shades of Grey, Hot Pursuit, Hot Tub Time Machine 2, Insurgent, Jupiter Ascending, List, Minions, Pixels, Self/less, Spooks The Greater Good