This was my looking forward to film for October, I think but I didn’t think I was going to get an opportunity to see it, alas I went Kickboxing with a friend who then decided they wanted to go to the cinema and 100% trust my judgement on picking a film (tell that to the person I took to see Lucy!!).  However, I was adamant The Intern would be a good shout…. 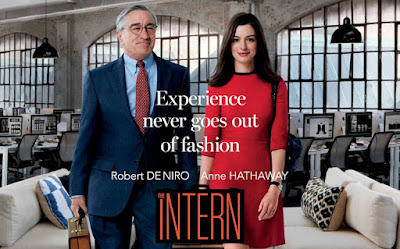 Ben (Robert De niro) is 70, retired, widowed and bored out of his mind.  He applies to a Senior Intern programme at About the Fit, an internet company run by workaholic, control freak, Jules(Anne Hathaway) and finds himself in the role of her personal Intern.  The role doesn’t quite turn out at planned with Jules refusing to give Ben any work and Ben finding himself at a loose end in the office. During his time in the office, however he makes countless friends, offers advice and becomes the guy everyone loves (including the in house masseur).  Over the course of his internship, he helps Jules in both her personal and professional capacity as they develop a strong bond. 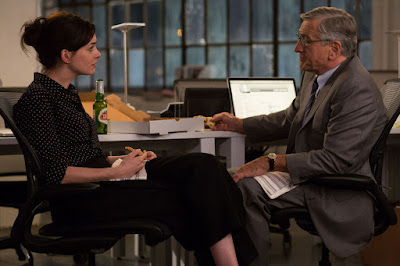 I wanted to call this a romcom but it’s certainly not that, there is limited romance to pad out the story, the focus is on Jules and her rapidly expanding business and how she copes with that.  Ben has a really strong work ethic that just doesn’t play well with nothing to do, so throws himself into whatever he can do to help other people’s jobs.  I loved the comparisons between modern organisation and the old school work ethic and how that pans out on screen.

This could work so well in the real world! Older business are forever looking for young talent to join their business so why can't it work the other way?! 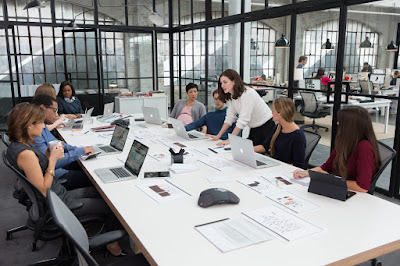 There was big focus on the equal opportunities aspect (house husband, affairs and female bosses) which helped the story get from A to B but felt a little bit too forced and sentimental, overpowering the light hearted comedy that came from Ben’s relationships with the cool kids at the office.  Everytime the movie floated off to a realm of Jules home life issues and upset that ‘people’ didn’t think she could run her own company, I was willing the story to head back to Ben giving Jason (Adam DeVine) girl advice or offering Davis (Zack Pearlman) a place to stay. 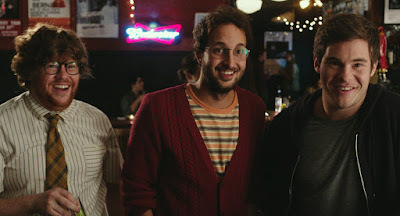 The sentimentality didn’t ruin it for me by any means, I really enjoyed the film and found myself smiling all the way through.  It’s not a comedy, it’s not a drama, it’s somewhere in the middle.

The problem with The Intern is that I don't really know who the target audience is. It's a movie I should really get my movie loving Grampy to watch because he is literally Ben, but I know if he sees the trailer he'll be put straight off! this is one you just have to give the benefit of the doubt, I think.