Jenna I don’t know about you but I nearly decided to not do this list. I’ve only seen about 30 of this year’s releases so far, but I figured a ‘Favourite Movies’ list of what we’ve seen so far will do for now, and we can revisit it again later in 2016 when we’ve seen more!

So without further ado… 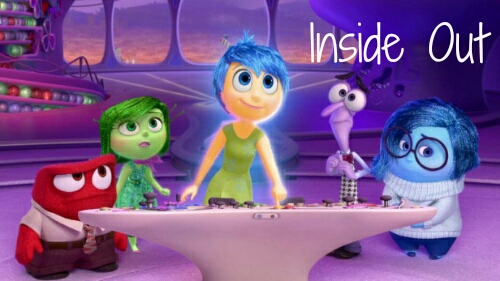 I’m still riding the hype of Inside Out. Still looking at my Sadness and Bing Bong Pop figures (thanks Jenna!) full of optimism that it won’t get snubbed at the Oscars. Just give it 1 award and that’ll keep me happy.  The movies that I can relate to in some way are always my favourites, but never has a movie got inside my head quite like this one before. Yes yes yes! Fully agree, this was the best animation of the year and one of my favourite releases overall...this definitely made my Top Movies List. 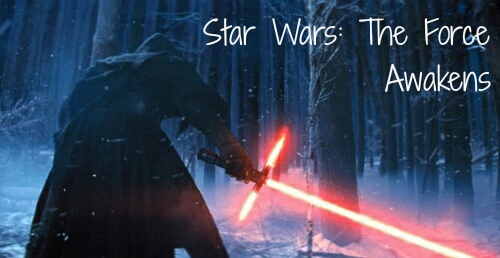 I started 2015 as a non-believer. Would huff and switch off at the mere mention of Star Wars. Now? Well right now I’m writing this list in my stormtrooper pjs, drinking a cup of tea from my Kylo Ren mug. There’s a Death Star ornament on my Christmas tree to my right. Yup, The Force Awakens has fully converted me, and I reckon by the time this post is published, I’ll have seen it 3 times.  I have yet to see this, it is booked and I am working my way through the original trilogy in preparation! 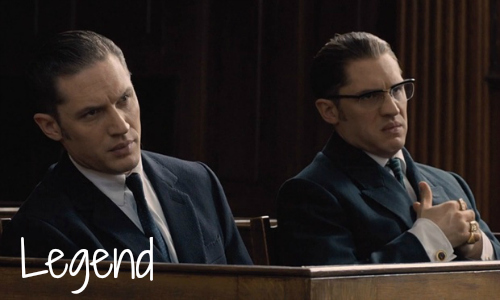 You may have noticed from my review that I LOVED Legend, this may be my number 1 for the year.  Although, with the line-up I think it is nearly impossible to rate these in 1 to 10.  I can't really explain why I loved it so much as usually I am not the biggest fan of British films but this blew me away.  Honestly, can't wait to get it on DVD so I can watch it again. I really need to re-watch this! Tom Hardy's performances in this were a highlight of the year for me for sure, but I just didn't enjoy the movie itself as much as I had hoped. 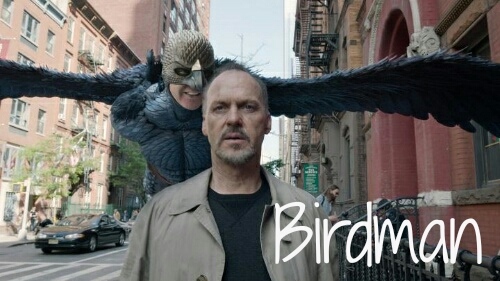 Holy moly, I can’t even believe this was released in the UK in 2015. Juuust about. Like, 1st January just about I think. I watched Birdman because I was curious about it looking like 1 long take, and well, because Emma Stone, but I was truly awe-strucken by the end. In fact, nearly 12 months later, I still haven’t decided what my take on that ending is.  When I saw this in this post I couldn't believe it came out this year, it felt like AGES ago, so much so that I checked...twice!  As much as I loved this, I had other films that topped it for me!

There’s a running theme in my favourites list so far, and a lesson to be learnt for sure. I was dragged, kicking and screaming to the cinema to see this with my college gang on the opening weekend. I told them I didn’t understand the fascination, that everyone just looked crazy, but it was an amazing experience, and also gave 2015 one of the most badass woman around, Furiosa.  I caught this one really late (still haven't managed to review it!) but I was 100% sold on the series, I am now working on getting hold of the older ones and having a marathon.  Definitely makes my Best of 2015 list. 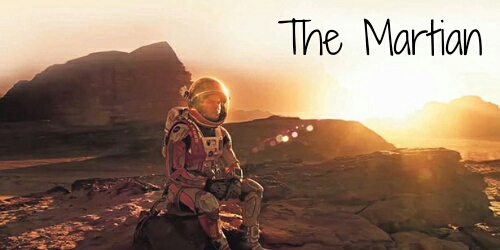 I heard the hype for The Martian quite a while before the movie came out, and vowed to read the book before it’s release, but obviously that never happened. In fact, I only just about caught it in the cinema. With no idea what would actually happen, I was really sucked into the whole story, and never again will I take a bottle of ketchup (red sauce) for granted again! I have just recently reviewed this one and to say I enjoyed it would be an understatement, it was thoroughly entertaining and possibly my top film of the year.  Now onto the book for both of us.... 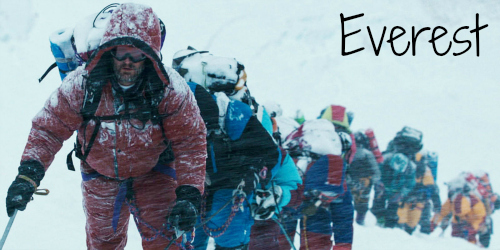 How could Everest not be in this list?  I absolutely loved the film, I was tense the whole way through and couldn't relax until the credits rolled.  The location was so incredible and the IMAX made it unbelievably intense and to top it all off it was a true story so I had lots more information to read about on the internet when it was finished. I feel all cold again just thinking about this movie! It would be in my favourites list for IMAX experiences, but I don't know if it'll have the same effect when watching it at home. 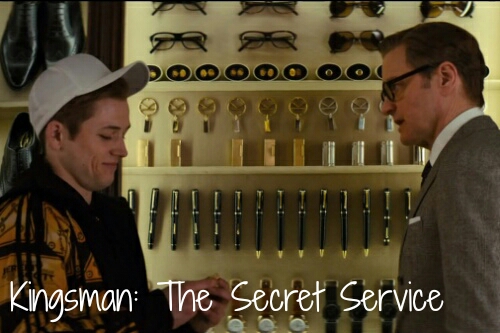 Also known as the most mis-marketed movie of 2015, I didn’t watch Kingsman: The Secret Service until its DVD release at Easter. I figured it was a teens movie, and I couldn’t have been more wrong. In fact, I’ve bought a few copies of this to give as presents throughout the year, seeings as everyone seemed to have the same impression as me from the trailers.  I have seen this film at least 5 times since I originally saw it in the cinema, I loved it and it never seems to get old, the more I watch it the more I enjoy it!  I can't recommend it highly enough to people. 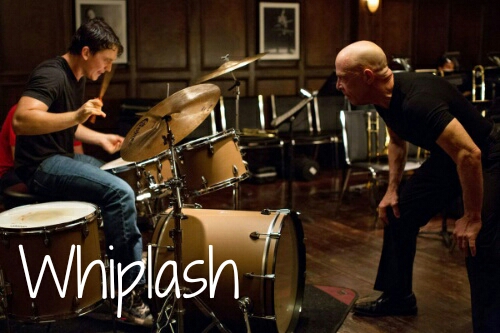 Another movie I had to double check actually came out this year. I remember seeing a trailer for Whiplash a long time ago, and the audience in the cinema (myself included) did a little laugh at the attempt to sell us a movie about a kid playing the drums. What I certainly wasn’t expecting was one of the most intense movies I’ve ever watched. I think I held my breath for the entire final scene without realising.  I was on the edge of my seat for the whole film, it was so intense.  I have no idea how they made the idea of a drummer and his teacher so damn terrifying and gripping, a top contender for me. I have recommended Big Hero 6 to countless people who has shrugged and said they are not really bothered but after watching it have raved about it.  I have all my nieces and nephews doing the Baymax fist bump and watching the movie on repeat (much to their parents dismay) and I just find it hilarious.  Plus I think it had one of the most surprising cameos at the end of credits scene that made me jump out of my seat. Noooo way was this 2015! Crickey. I forgot all about Big Hero 6! Loved this when I saw it. 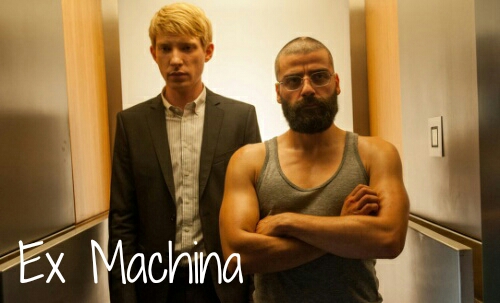 Ah, the movie I’ll always remember from Jenna and I attempting to pronounce in the cinema lobby! Aww memories! Ex Machina was another I wasn’t expecting to love. It’s one of those where I thought I’d worked it all out within the first half an hour or so...and then it all turned darker than I expected. I’ve been trying to get a lot of family and friends to watch this one, with very little luck so far.  Now I remember wanting to see the film from the trailer but the film I saw was not what I expected, this was so much better.  The twists and turns in the plot were brilliant and so unpredictable, I still have to watch it again to see if I can spot any clues to the way it plays out. I’m expecting this one to be an unpopular choice, but sometimes it’s the movies you don’t expect to be good that end up being your favourites. I spent about two thirds of 2015 scoffing about how silly The Man from U.N.C.L.E. and how on earth I’m even meant to say its name out loud, but when I finally sat down to give it a chance, I was really impressed! It was definitely the humour that did it for me.  I did love this film but I don't know whether I would have listed it here if I had done this first off, I did really enjoy it but I enjoyed others just that bit more.  Looking forward to a sequel though. 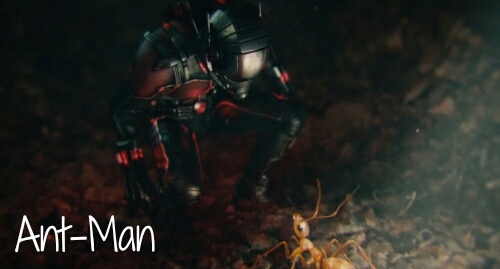 I should have learnt my lesson from Guardians of the Galaxy last year, but when the Ant-Man trailers started circulating my response was pretty ‘meh’. I’ll never miss a Marvel movie though, and I obviously fell in love with it when I finally saw it. I should have known Paul Rudd wouldn’t let me down! Michael Pena is still the highlight for me though!  100% agree with this one, absolutely loved it.  Can't wait to see more of Scott Lang and his army in the Marvel films to come, what a great casting choice with Paul Rudd. 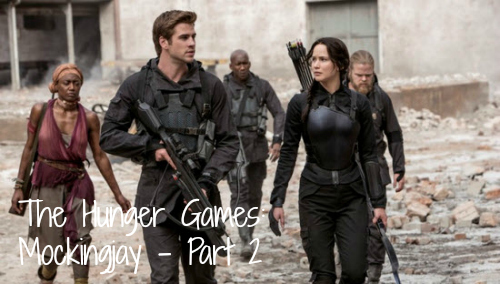 I may need to watch all the Hunger Games films again to give them all a fair shot but as it stands at the moment Mockingjay Part 2 is my favourite of the four.  The action and emotion were played out perfectly and who doesn't love Jennifer Lawrence so she had to get at least one mention! I'm gutted they are all over but so glad I enjoyed the finale so much. I really did enjoy this one, but the series got dragged out so much I was kind of just glad it was finally over.
Posted by Unknown at Monday, January 04, 2016
Labels: 2015, Ant-Man, Birdman, Ex Machina, Inside Out, Kingsman The Secret Service, Lists, Mad Max, Star Wars, The Force Awakens, The Man from UNCLE, The Martian, Whiplash