So following on from Allie's Top 10 TV Characters I decided to post my own.  However, I haven't put mine in any kind of order (how can I choose who comes first between Captain Hook and Spike!!) - So here are my Top 10.  Do you agree?  Do you think I'm crazy? (Always!) Well Spike got cut in the end so apparently it was easy to choose :-/ 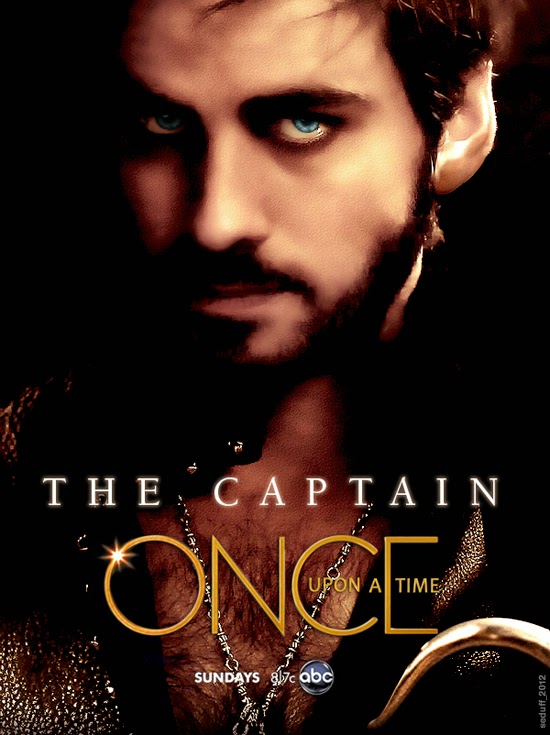 I think the eyeliner helps, its the same thing that makes me love Jack Sparrow and Billy Idol (see shouldn't but would post due soon) but it's also his bad boy character reformed by unrequited love for a good woman (every young girls dream!).  He is the classic character of Captain Hook updated for this modern take on the fairy tale classics.  A much deeper character than Dustin Hoffman's version in Hook and easier on the eye!  He's tough and angry but a sucker for helping Emma Swann, the saviour of the characters in Storybrooke.  I've never seen Colin O'Donoghue in anything else, so I couldn't tell you if this is my infatuation with his good looks or his acting skills.  I will happily watch the next series he is in to test the theory. 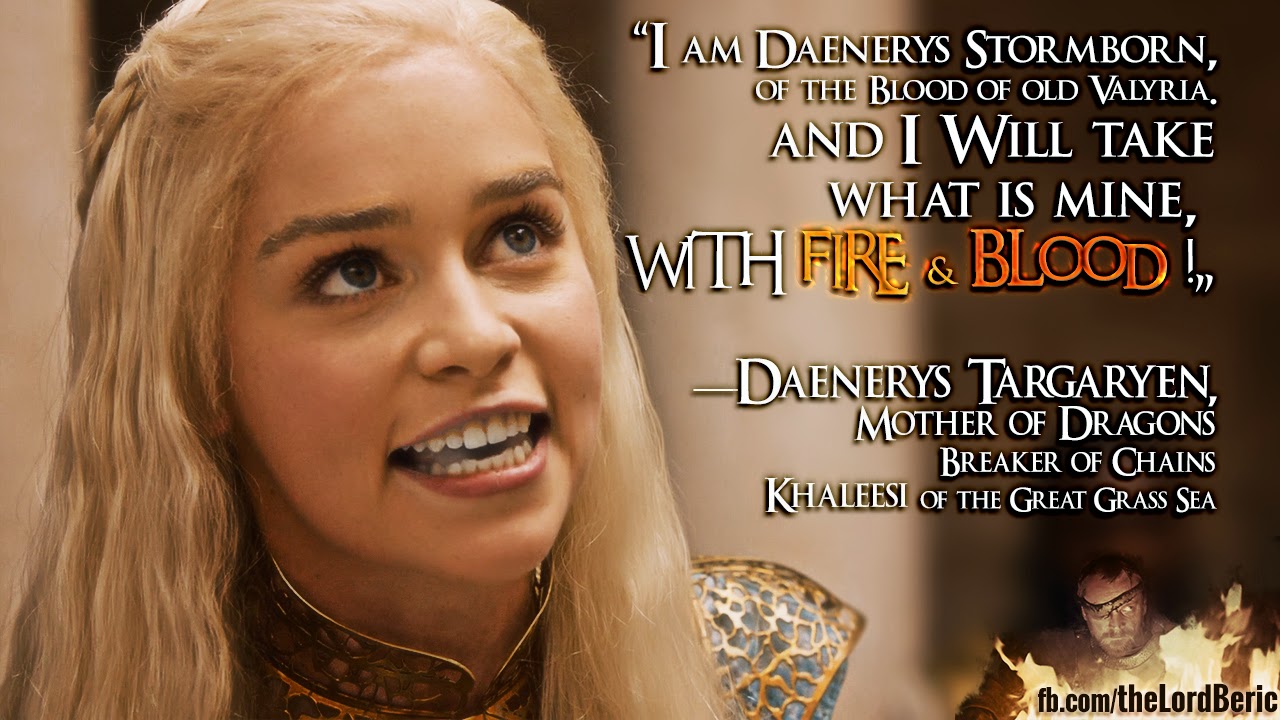 I was told from the very beginning not to pick a favourite character in Game of Thrones because you will soon be disappointed when their heads are rolling around Kings Landing.  However, I have done this three times *SPOILER ALERT* and got my heart broken with both Ned Stark and Robb Stark.  Throughout, however, I have loved Khaleesi, I wouldn't admit to it for risk of her sudden death in the show but she is doing well so far.  She is such a strong character and the Mother of Dragons and has built up an army from pretty much nothing, now that is a determined woman!!  I love her attitude towards encouraging people to join her army, stating they will no longer be slaves but have the right to choose to follow her if they wish.  This has lead her army to be fully committed to her and her cause and are willing to die for her.  Amazing!

One of seven in a study group in Community college that never study and always end up in hilarious and ridiculous situations.  A photo is not enough for this guy well these guys, this needs a video: 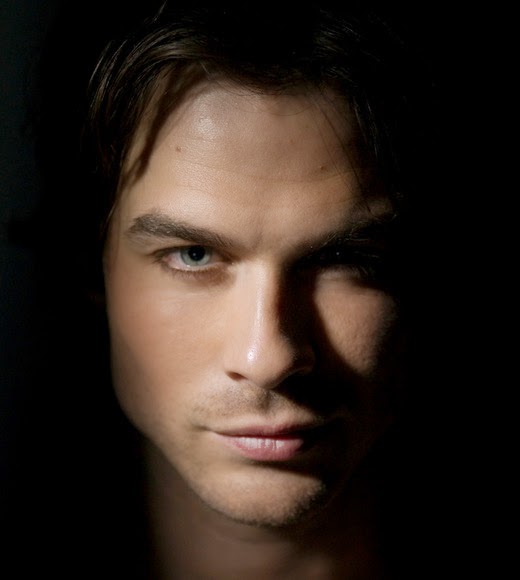 Another bad boy turned good for the love of a good woman, are we starting to see a pattern here!!  Damon Salvatore is a 140 year old vampire who along with his younger brother Stefan returned to Mystic Falls and fall for the same girl, Elena Gilbert.  I loved him even when he was/is evil, I was always vouching for him and Elena (I find Stefan dull and boring most of the time), and that face!!  He can fix every problem, because he's not afraid to snap a few necks and drinks scotch like its gone out of fashion, all adding to his charm.  Although his loyalty can be put into question in most episodes, he always comes through for the people he considers important (Elena, Stefan, Little Gilbert). 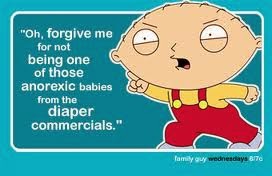 Who doesn't love a psychotic baby who is intent on killing his mother and talks but only the dog and random characters (when required) can understand?!  He is by far the highlight of family Guy, his sarcasm and (not) homosexual comments literally have my in hysterics.  Here are a few of my favourite quotes, comedy genius:


Stewie: 'Hello, mother. I come bearing a gift. I'll give you a hint. It's in my diaper and it's not a toaster.'

Bill Cosby: 'Stewie, what do you think candy is made out of?'
Stewie: 'Sunshine and farts! What the hell kind of question is that?!' 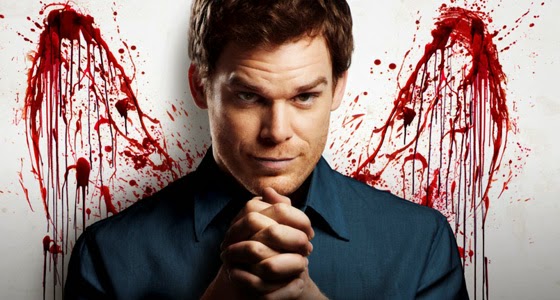 The principle character in this series, Dexter Morgan, a blood splatter analyst with Miami Dade Police Department who also happens to be a serial killer.  Thanks to the teachings of his deceased father, Harry, he only murders bad guys to fulfil his need to kill and live a normal life.  You can't help but love him, he loves his family the best he can but he is forever lying to them to cover his tracks and yet you can't seem to be mad at him.  Allie chose Debra Morgan in her list, I personally find her annoying and over powering in her scenes.  She is required to show Dexter's calm exterior even when his life is falling apart, the contrast between them highlights his lack of guilt and feeling towards what it is he is doing.  This series is so original and well written, it's hard not to love at least one character from it. 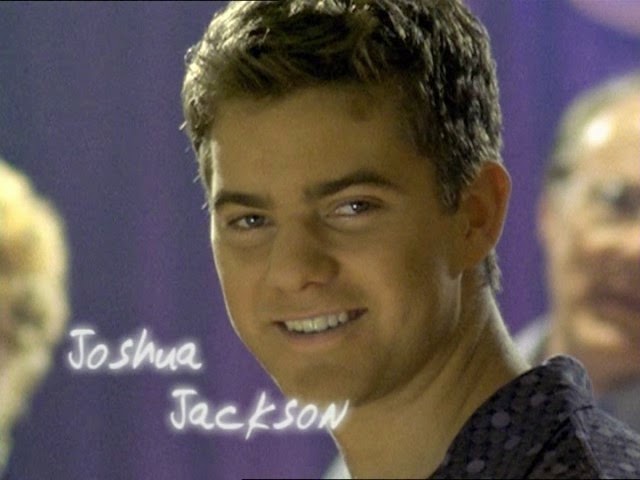 I never understood why everyone loved Dawson when Pacey was around.  Dawson's Creek was a series surrounding three friends in the fictional town of Capeside and the trials and tribulations of teen life.  It took the main female lead, Joey played by Katie Holmes, years to notice Pacey after years of pining over Dawson.  Pacey was amazing, he brought Joey a wall to paint, which is the key thing I will always remember from this series.  It always helped that Pacey's monologues (monologues were a regular occurrence in Dawson's creek) we're using nice short words that made sense to me, unlike Dawson's that sounds like a they were pre-written by an editor for the New Yorker!

How could he not be in this list - here's why: 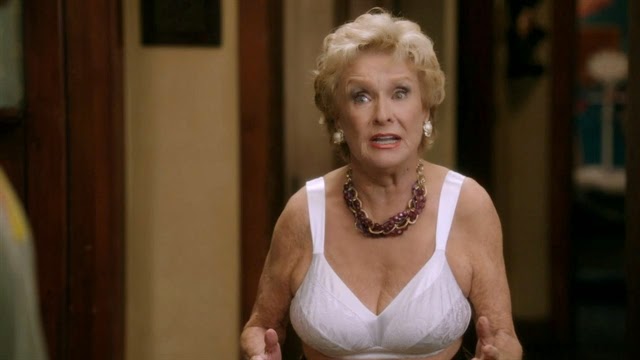 This woman is a legend.  She plays Maw Maw in Raising Hope, Virginia's Grandmother, whose house they are living in.  She has pretty severe dementia (although becomes lucid at the most comical of times) and much of time thinks her Great-Grandson Jimmy is her dead husband.  Leachman's character steals every scene she's in, whether it's with what she says or what she's wearing (see image).  She is by far the highlight of the show, particularly her Jenga skills to the song Istanbul (not Constantinople). 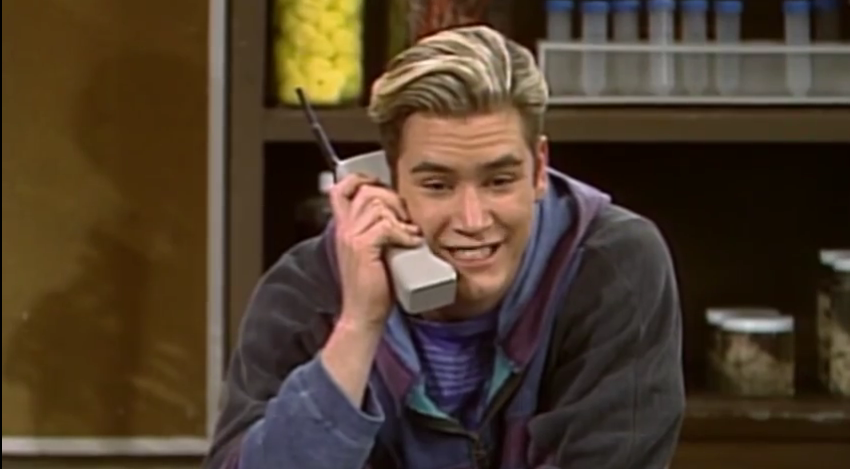 I bloody LOVED Zack Morris when I was younger, he was a legend.  I had posters of him all over my room and loved his relationship with Kelly Kapowski and watching them break up and get back together over and over again.  Most of all, I loved how he could charm his way out of any situation, usually by making a call on that awesome phone of his! 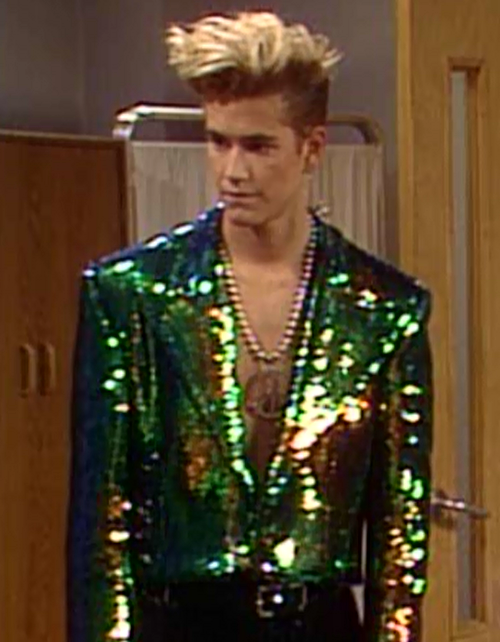 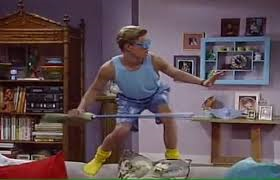 As a kid, I always wondered what happened to Zack Morris, did he stay with Kelly.  The answer is no, he moved changed his name to Peter Bash and got a job as a lawyer at Infield Daniels.  His character in Franklin and Bash is so similar to what I expected Zack Morris to be like when he grew up so that's what I'm going to believe.
﻿
Posted by Unknown at Tuesday, May 13, 2014
Labels: Community, Dawson's Creek, Dexter, Family Guy, Friends, Game of Thrones, Once upon a time, Raising Hope, Saved by the Bell, The Vampire Diaries, Top 10, TV Show