Time for something a little different here today. We like to blog about films primarily, with the occasional TV show ramble, but I really want to share with you a web series that I’ve fallen in love with. I’m a gamer as well as a film fan, and when I’m not at work or watching a film I’ll either be found on my laptop playing World of Warcraft or shouting expletives at my fiance’s PS4. Whilst playing a game that is...I don’t make a habit of swearing at inanimate objects.

Recently my fiance and I have gotten into the more traditional side of gaming, Tabletop to be precise. When I mention board games you might be thinking Scrabble and Monopoly, but there’s actually a whole world of innovative board games completely unknown to most people. Wil Wheaton, who you may know from Star Trek and The Big Bang Theory is to thank here. 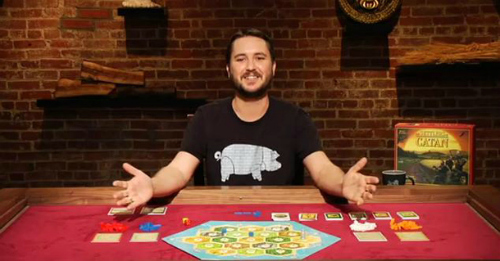 Wil has a web series called Tabletop in which he invites friends and celebrities to play board games with him, which is surprisingly entertaining to watch. It’s a great way to discover new board games, find out whether they’re the kind of game you would enjoy, and have a laugh whilst doing so. Wil’s show has created the ‘Tabletop Effect’ where the day after a game is featured on his show, it goes out of stock worldwide. It’s crazy!

Season 3 is slowly coming to an end, which was funded by the public via Indiegogo. One of the stretch goals for season 3 was a spin off RPG show, which was smashed. It’s recently started, and at the time of writing, Episode 5 has just been posted.

Titans Grave: The Ashes of Valkana is a brand new RPG game created by Wil Wheaton and his team, and it’s awesome. It takes the classic Dungeons & Dragons to a whole new level, with a futuristic and scientific theme, and mechanics inspired by similar games. For a quick introduction to the world of Valkana, look no further than here:

What’s so special about a web series about a role playing game? Wil’s storytelling. Seriously, this guy is the best storyteller I know. He has such a vivid imagination, and can describe everything in this game so clearly it’s easy to picture in your head. He’s engaging, and funny, and yet he still has the power to break our hearts, which episode 4 proved. He also has a great team on board to play with him.

Hank Green is a Vlogger who runs a web channel called VlogBrothers with his brother John Green (yes, the author!). Alison Haislip used to be correspondent for The Voice, and also does a lot of web work. Laura Bailey is a voice actress who does a lot of cartoons (most recently Black Widow in Marvel’s Avengers Assemble). Yuri Lowenthal is a voice actor from pretty much everything. Seriously. Check out his IMDB profile. He’s also very nice to look at! 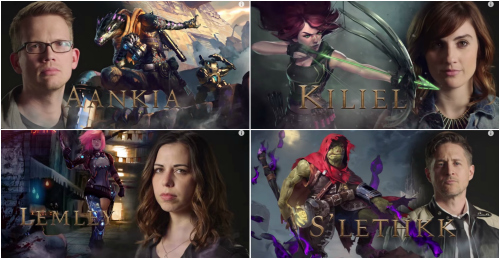 If you’re not really into games then I would never try and push Titansgrave: The Ashes of Valkana on you, but if you’ve made it this far down my post and haven’t nodded off or written me off as a complete dork, give it a go! If you don’t enjoy it, you can blame me.
Posted by Unknown at Saturday, July 11, 2015
Labels: Alison Haislip, Geek and Sundry, Hank Green, Laura Bailey, Tabletop, The Ashes of Valkana, Titansgrave, Web Series, Wil Wheaton, Yuri Lowenthal