Boom! Another summer blockbuster released and watched! I’m on fire this year, well on track to get my Showcase Blockbuster card fully stamped, and the free popcorn, drink and tickets will be mine! I had a full college-gang meet up for Ant-Man, meaning we took up almost a whole row at the back of the cinema. Thankfully we got in early enough so got our seats before the screen filled up!  Strangely enough, me and my Dad went on the same night but only took up 2 sad seat...those 2 sad seats were in the IMAX though.... 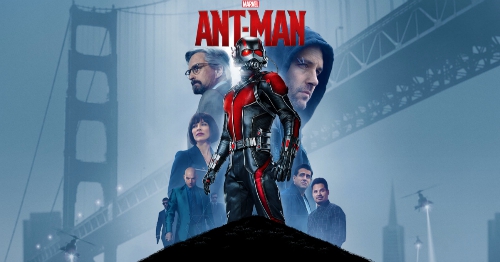 Ant-Man is Marvel’s latest offering, and perhaps a bigger risk than Guardians of the Galaxy was last year. After watching The Avengers save the world and the Guardians of the Galaxy save...the galaxy(?!), how good could a superhero flick about a man the size of an ant be?! That's what have been wondering for the last few months. Scott Lang (Paul Rudd) is a recently released criminal trying to stay clean for the sake of his daughter. After being set up by Hank Pym (Michael Douglas) to steal the Ant-Man costume, Scott embarks on a new mission to keep the Yellowjacket developed by Darren Cross (Corey Stoll) safe from the wrong hands.  I, however, had every faith that this would be a hit, I knew it was a risk for Marvel but as with Guardians, the bigger the risk the bigger the reward!

Ant-Man was like a breath of fresh air to the superhero phenomenon. As buff as Scott was, he wasn’t there to beat up an army of bad guys to save the damsel in distress. He was a criminal simply trying to do the right thing for his family. The moral boundaries were iffy at best, and the main ‘bad guy’ was an ordinary, albeit extremely intelligent, guy, rather than an alien/monster/robot hellbent on destroying mankind.  I loved that for most of the movie Scott was the anti-hero, had no real interest in actually saving the world more interested in his own gains from being Ant-Man, getting his family to believe in him and visitation rights to his daughter, Cassie. 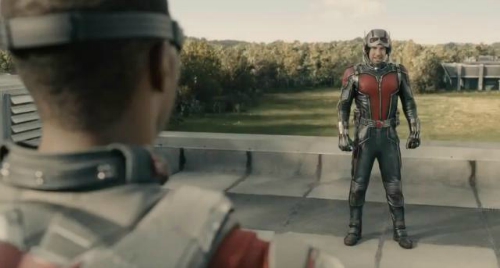 Some will most likely disagree with me, but I thought the first half an hour or so was very slow. There was enough comedy and smart one-liners to keep it interesting, and we got a lot of character development in that time which was necessary, but compared with the last half an hour, it paled in comparison. Luis (Michael Pena) was my absolute favourite character in that first part though, the way he explained his story was just hilarious and just as funny the second time he did it. I want to see more of this guy, he’s amazing!  Wasn't he amazing, he literally had me in stitches, everything he said set me into fits of giggles - I think I missed a chunk of the movie laughing long after his scene had finished!

The action scenes were so cleverly shot while Scott was in tiny Ant-Man form, but would have been nothing if it weren’t for the moments in between where we got to see what that action really looked like. We all must have looked like nutters laughing out loud at a little Thomas the Tank toy flop onto its side (this was by far my favourite bit of the trailer but was upstaged in the actual movie by the end of that scene!). I also loved the fact that Scott had to rely on his little army of ants to help him in his heist, they were fully part of his team.  I liked this a little bit less, I was itching all the way through the film, every time a hair touched my arm I thought there was an army of ants on me... *judders* - now I'm itching again just thinking about it!!  One thing I did really love was how reminiscent it was of Honey I shrunk the kid, which was one of my favourite films growing up (and the best part of Disney Hollywood Studios!!), Scott was calling his sidekick Antony but in my head he was Anty! 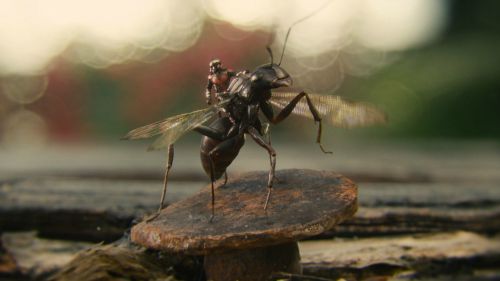 I knew I was going to enjoy this but I didn't realise quite how much.  I usually find the origin superhero films a little bit boring at the beginning but Paul Rudd's wit kept the whole thing ticking along (and also saved a few of those soppy moments that make you cringe a little bit...).  The action was great and the shifts between being Ant sized and human sized made every fight scene different from anything else in the Marvel universe so far.

Question:  Did anyone else not realise Hayley Atwell was actually playing Peggy Carter until the link with the Avengers later on in the movie?! Or am I just a complete dunce!!  I couldn't understand why they had aged her up until I realised who she was, character-wise! doh! 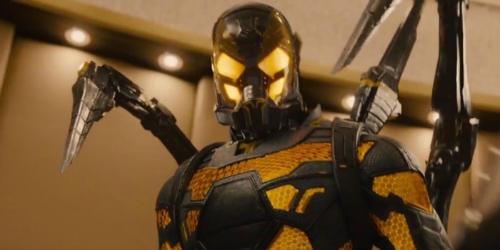 Are we getting an Ant-Man 2? I really hope so! That mid-credits scene got me excited although I was expecting it to happen. At the very least I guess we’ll see Scott return for the next Avengers movie! Oh, and did anyone else get a little scared they’d missed Stan Lee? I was so relieved in the end!  I elbowed my Dad so hard in the ribs when I finally saw him he yelped in pain!! oops!

Loved loved loved it, hope there is an Ant-Man 2 but in the meantime hopefully we'll see Scott Lang elsewhere in the MCU.