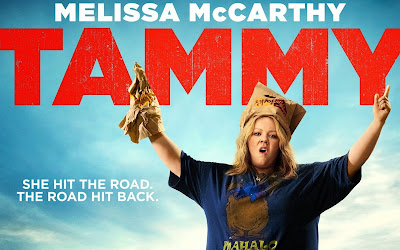 Now I know this has been reviewed on the blog previously by Allie but I only watched it yesterday so I couldn't add to that one.  So I will be brief - basic concept - Tammy (Melissa McCarthy) loses her job, Husband and home in the space of a few hours and so embarks on a cross country road trip with her Grandmother (Susan Sarandon).

Not the best writing I have come across but it's light-hearted, easy to watch and entertaining (I was however doing housework at the same time so I may not have thought the same if it had my full attention).  There were some pretty good laugh out loud moments, mostly when Tammy was in a strop and that was mostly because she reminded me of me in a strop and when she decided to hold up a fast food joint with two fast food joint bags.  Completely ridiculous but I found it hilarious!

It's not Oscar winning material but its funny and entertaining (and I even cried a little bit near the end). 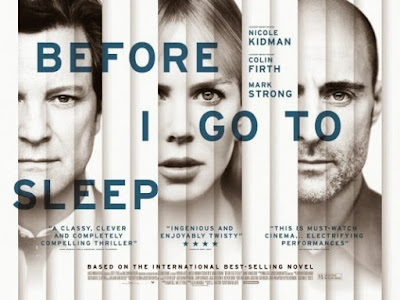 This should have been called While I am asleep...which is what I nearly was throughout the whole thing.  What an utterly boring pile of rubbish.

Christine (Nicole Kidman) has a brain injury which means she forgets everything when she falls asleep.  She starts to distrust her husband, Ben (Colin Firth) and starts making a video diary to find out the truth about her life.

I read the book of this because it had been recommended to me and I was utterly disappointed with that, I remember everyone raving about the ending (which I figured out about half way through) and how they had no idea it was coming.  I had to drag myself through the second half of the book and I think I only finished it because I was on holiday and the film was just as bad.  It was boring and even less interesting than the book, I spent the whole time in the cinema willing it to be over already or at least for the person behind me to stop kicking my chair so I could at least have a nap! 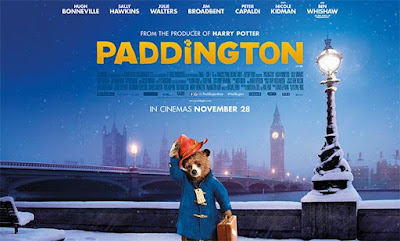 The live action version of the much loved Paddington cartoon, following the arrival of Paddington in London from Peru and the story of how he found a family to love him (and not find it utterly insane that a bear could talk!).

I loved the cartoon when I was younger so I was worried this might fall below my expectations, but I was wrong.  I loved it, it was entertaining from the beginning to the end and the action scenes and bright colours kept my 2 year old niece engrossed throughout (which is an achievement in itself!).  The story was lovely and Nicole Kidman was great as the mean lady trying to put Paddington in her museum.

Definitely worth a go yourself, especially if you have kids.
Posted by Unknown at Friday, July 24, 2015
Labels: Before I Go to Sleep, Mini Reviews, Paddington, Tammy