Anyone who knows me (and I think you guys know me pretty well by now!) knows that I have a soft spot for Nicholas Sparks movies, I know they are all predictable and samey but I can't help but enjoy setting one up on the DVD player on a Sunday night with a blanket and a cup of tea.  With that in mind, I couldn't wait to watch The Longest Ride.  I thought I had read the book but turns out I hadn't (just shows how samey they all are, I can't determine one from the other!)

Weirdly enough I think we both ended up watching this on the same Sunday night, but separately and without even mentioning it to each other? We've got some weird film-connection going on right now! I don't even know why I watched The Longest Ride, I wasn't thrilled with the last Nicholas Sparks film I saw but I needed something easy to unwind with I think.

Sophia (Britt Robertson) and Luke (Scott Eastwood) find a wrecked car on the side of the road and save the elderly driver, Ira (Alan Alda) and his box of letters.  While he's recovering, Sophia reads him letters that his wrote to his late wife over the years and flashes back to their lives together.  Meanwhile, Sophia and Luke try to work out where they fit into each others worlds so they can be together. 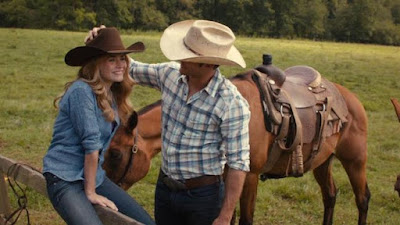 This is your typical heart breaker, I sobbed for most of the last half and hour and didn't stop until the film ended, which is nothing knew for me with these films.   I really like Britt Robertson after watching Life Unexpected and The Dome, so I'm really glad she could hold her own as the lead female in a feature length film.  Scott Eastwood was a little bit disappointing however, although lovely to look at, he lacked the emotion and passion that Jack Huston brought to a young Ira in his flashbacks. (He was pretty though!)  The reasons behind him risking his life to bull ride also didn't sit quite right with me, I was expecting some big revelation as to why, that never came. 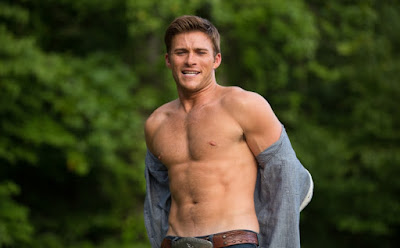 For me, Ira and Ruth's story was far more interesting and emotional than Luke and Sophia's. Whether it was down to the acting or the script I really don't know, but I was captivated by the flashbacks and that's what made me sob in the end. 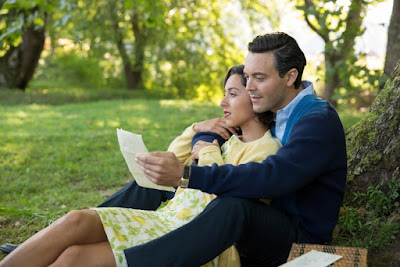 Ultimately, I think I expected typical Nicholas Sparks and I got something a little bit different.  Great for the franchise, maybe a little but disappointing for me.  I like the tried and tested formula so this knocked me out of my comfort zone more than I expected.  After all that moaning though, I did enjoy it, I was never bored and the crossing back and forth into flashbacks kept the pace up.

If you don't like Nicholas Sparks movies, maybe this one is a shift from the formula enough to change your mind. It definitely got me on board!