After completely getting the release date wrong for this as well as double booking the same night for a work event, I was not doing too well in the planning of seeing this film (I think as I plan for a living, I apparently don’t like to do it well outside of work!).  Anyway, when it finally was released and I managed to plan a date night with Lou without double booking it, off we went armed with enough Nachos to feed a small army to see it. 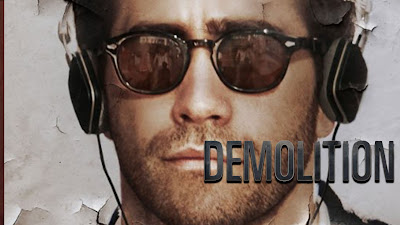 This movie starts as with the trailer with Davis (Jake Gyllenhaal) writing a letter to the vending machine company to complain about the fact he lost a dollar in one of their machines and that he was upset because at that point his wife had just died.  The rest of the film is how Davis deals with losing his wife including destroying everything he owns to find out what the problem with it might be.

That might be the worst summary I have ever written for any film ever.  I have tried but I don’t want to give anything away that isn’t I the trailer because it is definitely one you need to see for yourself.  I am still trying to work out how to review this because I can’t decide if I even liked it, loved it or hated it.  That’s probably a bit extreme, I certainly didn’t hate it!  I was not bored at any point during the film, I was content for the whole thing however I’m not sure whether it was supposed to be a comedy or a drama, I suppose they were going for this modern dramedy genre, making uncomfortable situations bearable with comedy.  I do like this idea because as Allie and any of my friends will tell you, I love to make a joke in a sad situation, I also laugh about things I probably shouldn’t.

In fact, as I have been typing about how I don’t know if I like this film, I have actually decided that I like it because it’s real.  Admittedly, not many people demolish everything they own (including their house) but people do respond to things like death in different ways.  Not everyone cries, people laugh, people go a little but crazy and people behave in the complete opposite way to how everyone would expect.  I love that.  I love that this has considered the idea that not everyone who losing someone is distraught and just because someone dies, you don’t need to put them on a pedestal. 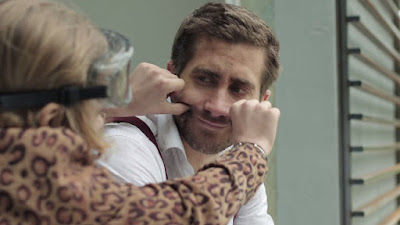 Also, there are some great supporting cast, Sam Shepherd as the grieving father and Naomi Watts as the pot head love interest trying to help Davis.  A massive shout out has to go to Judah Lewis, playing Karens’s troubled son, he absolutely stole the show in every scene he was in.  I’m looking forward to seeing him in more in the future.