I was so late to the Cloverfield party, I arrived after the footage was found. In fact, I only really arrived on the same day that the teaser trailer for 10 Cloverfield Lane landed and took the internet by storm. That night, I tracked down the 2008 original and watched it there and then, without even reading a synopsis. It wasn’t a perfect movie by far, but watching it completely new to the story was rewarding, and so I decided I would do the same with 10 Cloverfield Lane. That said, if you haven’t seen it yet, I strongly encourage you to close this page. I’m not going to talk spoilers of course, but I do think this is one that’s better the less you know.   I would have watched this as I really enjoyed Cloverfield but Allie listed 'horror' in the tags for the review, so for that reason...nope! 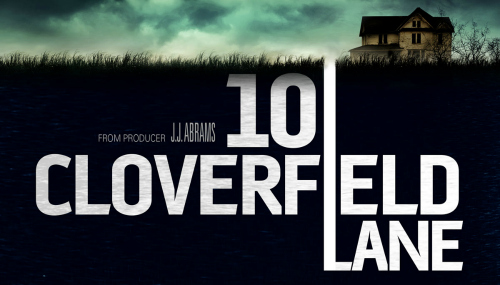 So, it’s unclear where 10 Cloverfield Lane (2016) fits in timewise with the original movie, although multiple cases have been made online. In fact, I think it’s fair to say that this could easily be a stand alone movie, entirely unrelated to the 2008 movie. It starts with our main character Michelle (Mary Elizabeth Winstead), leaving in her car hastily, arguing with her boyfriend on the phone. She’s involved in a car accident, and wakes up chained to the wall in a bunker belonging to Howard (John Goodman). After a day or two Michelle also meets Emmett (John Gallagher Jr), suffering with a broken arm.

What 10 Cloverfield Lane does best is make you feel uncomfortable straight from the get go. It’s pacing is incredibly slow, and the first half is perhaps too slow, but it gives you plenty of time to look at the facts and try to work out what’s actually going on here. The real question is, can Howard be trusted? Sure, he saved Michelle after her car crash, but she’s literally chained to the wall. Howard says they have to stay in the bunker for at least a year, maybe two, because the air outside will kill them, but how does he know? 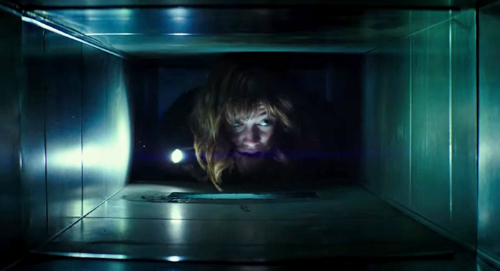 Every few minutes a new clue is unveiled, and you change your mind, and just when you start to think ‘okay, but where is this going?’ Something game changing happens and you’re left guessing all over again. The suspense is unbearable at times, and my poor Mum who was in the cinema with me at the time was terrified (she’s worse with scary movies than I am, which is saying something!). Nope!

The performances by the 3 main actors were brilliant and really made this movie great, but a whole heap of praise has to go to John Goodman here. He’s been a supporting character in everything I’ve seen him in, and I still don’t have the right words to explain how good he was in this. Is there any hope of his performance being memorable still by the time awards season rolls round again? I sure hope so! This next part is going to push the spoiler boundary, so take care. I just really want to talk about the ending with someone. What’s Houston all about do you think? Are we getting a third Cloverfield movie at some point? Was the footage that forms the original movie found by the team of survivors/fighters based in Houston? I need all the answers!  Does this film actually have anything to do with Cloverfield?!