I have spent the weekend watching the most random of films, mostly due to my new obsession with Justin Chatwin. 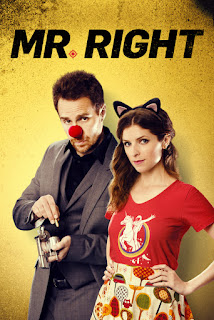 
Martha (Anna Kendrick) meets and falls for the 'perfect' guy, Francis (Sam Rockwell), only he has one fatal flaw...he's a hitman on the run from his previous employers who are trying to kill him.

This is one of the most bizarre films I have ever seen, but I have to say I really enjoyed it.  Its been battered on Rotten Tomatoes but from reading some of the reviews, they seem to all be overthinking it.  I enjoyed the romance (I wanted them to get together)  and the action scenes were energetic and engaging (I wanted the good guys to not die).  It was weird and confusing but I have already recommended it to Allie (and not in the 'from the makers of Sharknado' kind of way). 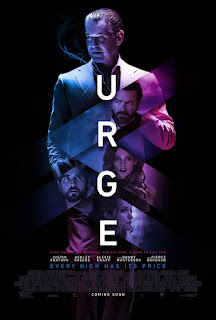 Urge (2016)
What happened when you take a drug that takes away all your inhibitions and you play out any urges you so choose.  Apparently, you make an insane film called Urge!!  A group of friends, led by narcissist Neil (Danny Masterson) head for a weekend away on a remote island.  A mysterious nightclub owner (Pierce Brosnan) introduces them to a new drug, Urge with one rule, that you can only use it once.  No one listens of course and the party descends into chaos.

I spent 90% of this movie confused about what was going on, I felt more confused than that characters I think!!  I didn't want to turn it off because I wanted to know how it ended and then when it ended I wished I hadn't bothered!

Lucy (Alison Brie) has her pick of men in the small town that she lives in but instead chooses to engage in an affair with married Clint (Colin Hanks).  Just one problem, Clint falls down a mysterious black hole that opens up in her living room and mysterious stranger Rydell (Justin Chatwin) turns up to confuse Lucy even more. 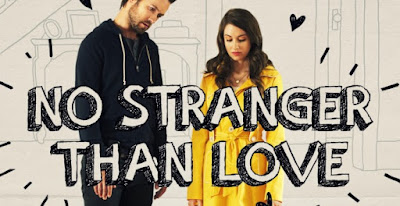 It's difficult to review this, I don't even know what to call it, is it a rom-com, is it a drama, is it science fiction!?  I got more confused as it went on but I really enjoyed it.  I love Alison Brie and she really stole the show here and the whole thing reminded me of Pleasantville from way back when (the sci-fi crossed with rom-coms) and I loved that film.