It’s been a strange and busy old month this month, what with Jenna’s new house and my family members seemingly dropping like flies, and I’m surprised we’ve managed to get together, but we did it! This might also be the second most fun I’ve ever had watching a movie with Jenna. I was about to say the absolute most fun, but then I remembered Sharknado.  Nothing will ever beat Sharknado but this did come pretty close, especially with the exceptional CGI work! I think we’re both a little embarrassed to have never seen our pick this month, but hey, better late than never!

We were planning on watching Platoon for this month’s Blind Spot, but time and tiredness wouldn’t allow for it, and with Terminator Genisys out next month, it seemed like a suitable swap around.

If you didn’t know already, or had simply forgotten, The Terminator has been sent back in time to 1984 with one mission, to murder Sarah Connor, who, in the future, will give birth to John Connor, who in the future leads a war against machines and computers. Future John Connor sends Kyle Reese back in time to protect Sarah...and now my head hurts. Did I get that right? Yep I think that's right...ish! 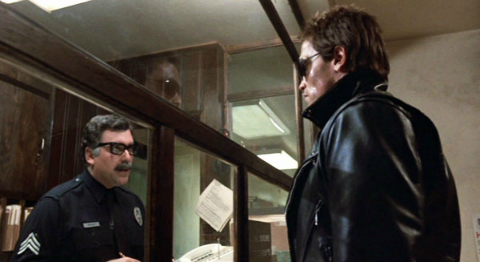 A fly on the wall would have had a great time whilst we were watching this.
‘Oh, he’s naked!’
‘Umm...he’s very much naked, oh my’
‘Where’d that other naked guy come from?!’
We also had a funny discussion over the plot twist (spoiler alert, obviously) which we had worked out fairly early on, which went something like this…
Jenna: Oh, what if Reese is actually Connor’s Father? Wait, how would that even work…
Allie: No, no, what if he was actually John Connor’s Father!
Jenna: ...That’s what I just said.
Allie: I thought you meant Sarah Connor’s Father!
Jenna: How would that make sense?!
This conversation was too funny and also spanned about 40 minutes - i.e. it took Allie a further 30 or so minutes to come up with the same theory as me but without realising I had already stated the same theory 30 minutes earlier! 30 minutes!! It was 10!

Sometimes I worry for us...but we do have fun when we watch movies together! Onto something more constructive though, I really did  enjoy watching The Terminator. I kind of wish I had done so years ago when I could appreciate the special effects, because watching them know was laughable. Some of the stop motion effects were really dodgy, but that’s just down to the time this was made. I’m sure we’ll all be poking fun at our recent special effects in years to come.  We shouldn't have found it funny because as Allie said it would have been great when it was realised THIRTY years ago, but it was a great giggle comparing the work to an episode of Thunderbirds and watching the scenes quite obviously change from prosthetic faces to real faces, real filming to stop motion!!

In fairness, looking past the graphics and CGI (or lack of it) this is a great Sci-fi movie, the concept is bloody brilliant (if you don't get tied up in time travel paradoxes as I did a couple of times while watching).  Its terrifying to think that in the future machines could take over the world.  Did anyone else think that the writers of Avengers: Age of Ultron may have taken some influence from Terminator?!  There seemed to be a lot of similarities in both the storylines and the robots. 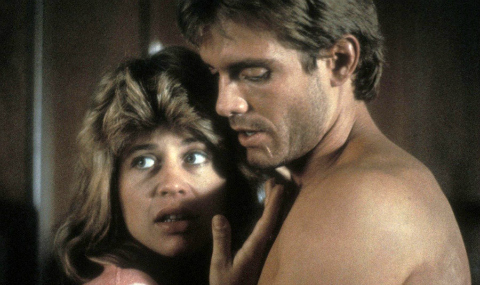 This is a really hard one to score. If I put on a professional blogger hat and analysed the effects, cheesy dialogue, etc, then this would have a lower score, but we’ve always scored films on our enjoyment more than anything else!  As much as I took the piss out of the dialogue and the graphics I do have to account for when the film was released and the awesomeness of the story...