Now might seem like a weird time to be blogging about Supernatural, weeks after the Season 10 finale, but bear with me, there’s a point here.

Last year, at the end of November, I embarked on a Supernatural journey. I’d recently started a new job, so close to home I had an extra hour’s time at home in the morning before leaving, which gave me a chance to catch up on some TV Shows. I’d already burnt through The IT Crowd, and I was looking for something new to start. Friends both old and current had recommended Supernatural, and as a Tumblr user, I only understood 50% of my home feed, despite not following any Supernatural-related blogs. 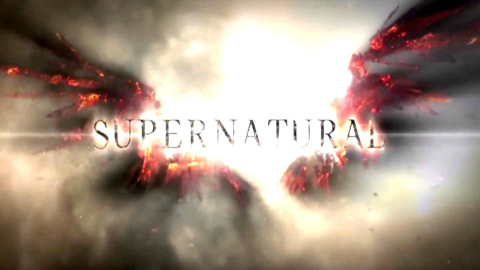 Any Tumblr will understand that the place seems to be run by the ‘SuperWhoLock’ fandom! I’d also received a Supernatural themed tee in Qwertee’s ‘Insanitee sale', and really, I don’t know what other push I needed. I’d worked out that if I watched 1 episode each morning before work, it would take me just under a year to catch up. Spoilers ahead for all 10 Seasons!

I expected to get some sort of Supernatural-fatigue halfway through and give up, but honestly, I fell in love. There were seasons that I loved and will want to re-watch at some point (I’m looking at you, Season 5) and others that I just couldn’t stand (screw you, Season 6). What I didn’t expect was to have finished the entire lot in 7 months. I burnt through Season 6 as I hated the ‘Soul-less Sam’ storyline, and watched it more as background noise than anything else. Season 5 took me no time at all as I fell in love, and Season 7 took the longest as the leviathans bored the pants off me, and I couldn’t bring myself to carry on.

Throughout the last 7 months I really don’t feel like I’ve spoiled too much for myself. I truly didn’t know how each season would end (9 being the exception here) but it still wasn’t the same as watching it ‘live’.

Now I feel like I understand Tumblr a whole lot better, and I’ve earnt the right to fill blog posts with Supernatural reaction memes! Apologies if this happens all the time now, but hey, I’ve got a lot of catching up to do. I'll also be found singing Carry on my Wayward Son a lot, #sorrynotsorry with that one.

So, am I looking forward to Season 11? I am! I don’t know how everyone else feels, but although Dean irritated the hell out of me, I loved Season 10, and I’m excited to see how the brothers deal with ‘the darkness’. What’s going to happen to Castiel? Anyone else Rowena has mind controlled that way hasn’t lived to tell the story. I’m sure he’ll find a way though.

Now that there’s a Supernatural shaped hole in my mornings, I’ve started to catch up on Sleepy Hollow Season 2. I thought the first Season last year was full of promise, and I got to meet Tom Mison this year so I feel like I owe it to him.
Posted by Unknown at Thursday, June 25, 2015
Labels: Jared Padalecki, Jensen Ackles, Misha Collins, Random Post, Supernatural, TV Show