Looking Forward to Seeing at the Cinema: June 2015

So, this is probably the most confusing post we have ever co-written, first Allie starts with this:

Okay, so I know what I want to pick this month, but I know Jenna's looking forward to it more, and I stole Avengers: Age of Ultron from her last time I started this post off, so I'll let her have it. There's a film coming out in June that I'm not 100% sold on yet, but I'll absolutely still see it at the cinema, and probably at the IMAX. 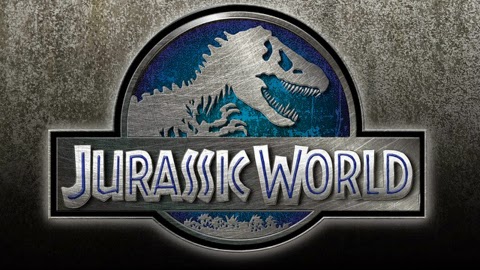 Obviously, followed by her reasons for choosing this (see below), which strangely include the fact that she hasn't seen the previous 3 Jurassic Park films).  At this point, this is my face.... 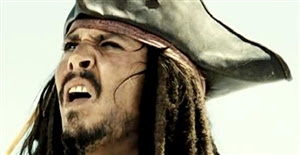 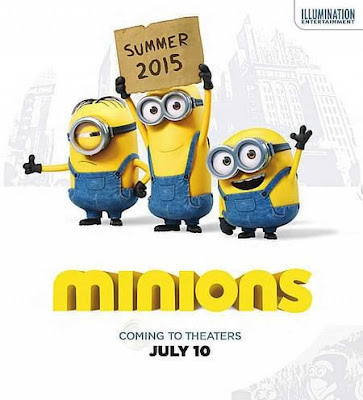 This was true, I was looking forward to Minions but didn't realise it was out in June (the post above appears to agree with me).  Anyway I agreed as Allie had already written her bit I would go with Minions.  Que 2 days later when we text again and decided to go the other way as Allie hadn't seen the Jurassic Park movies anyway.  There was further texting and now its 10pm on May 31st and I have text Allie to check which way round we were going with this and she can't remember either!! So in short, here is why me and Allie are looking forward to BOTH Jurassic World AND Minions:

That's right, Jurassic World! I'm over my 'why does Chris Pratt have to be cast for everything' rant by now (why would this bother anyone, he is beautiful!), I'm over that, but I do have a confession. I haven't seen a Jurassic Park film. At least I don't think so. I may have seen the original, but I was too young to remember any of it. I'm going to make sure I watch it before I watch Jurassic World though, don't worry.

I LOOOOOOVE Jurassic Park and Jurassic Park 3 (The Lost World was a waste of money and perfectly good dinosaurs!) and as soon as I heard about this coming out I was beyond excited and then they announced Chris Pratt was in it, could it get any better! I have a few niggles, i.e. WHY after the disaster that was the park in the first movie, why would anyone even think about opening a dinosaur park??! Why would anyone visit it?! This better be explained early on in the movie or so help me God...  Other than that, can't wait!

What's the verdict so far? Is everyone geared up for a rip-roaring success or is it going to be another un-necessary sequel? Here's the trailer by the way, in case you haven't seen it already:

Jurassic World will be released in UK cinemas on 12th June 2015.

Aaaaand as promised, why i'm looking forward to the Minions very own movie, put it this way, the only reason I went to see (and even remotely liked) Despicable Me 2 was for the Minions, they were the only good part.  The concept of the story looks really clever from the trailer and hopefully it will have the adult inside jokes that all grown ups know and love while being colourful and entertaining to keep the small people distracted for a few hours.

My only worry would be that it's not good, people have been demanded a Minion movie since the first Despicable Me hit our screens back in 2010 so there is a lot riding on this.

If you missed it, here is the trailer: