It's taken me a really long time to write this post, it turns out I had no idea what I was getting myself into when I started this movie on my own on a Sunday night.  I had no idea this was a true story until is started watching it and it really struck a cord with me, so I've had to wait a while to write the review so i didn't sob all over my computer!! 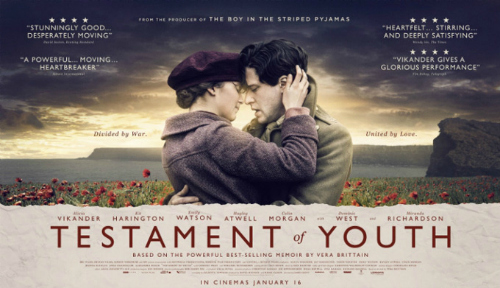 Based on the book of the same name by Vera Brittain, Alicia Vikander plays a young Vera during some of the brightest and darkest parts of her life through World War 1.  Vera a strong willed woman determined to do everything people tell her she can't from going to Oxford, to becoming a Nurse and a writer.


This film was truly heartbreaking and the thought that its a true story just chokes me up even more.  Vera was an unbelievably strong woman for what she went through at such a young and just continues to push forward.  It almost made me feel ashamed for worrying over petty issues and not trying to do more than what people expect of you. 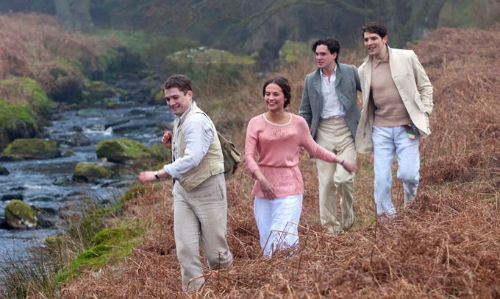 I loved Vikander in Ex-Machina and she didn't disappoint, she was amazing at Brittain and made every emotion so raw I was a sobbing snotty mess in the first half an hour.  Another star in the making is Taron Egerton playing Vera's much loved brother Edward, who for me steals every scene he was in (we all knew it was possible after still standing out next to Colin Firth in Kingsman).  I was a little disappointed with Kit Harrington as love interest Roland but I haven't seen him shine in anything outside of Game of Thrones so its not a surprise.


I am fully aware that I haven't really reviewed the film but if I think too much about the plot I'm going to be a blubbering wreck again! 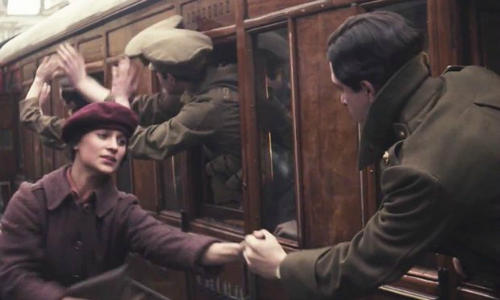 Jenna I want you to know that I really, really tried to watch and enjoy this for you. There are only 2 types of movies I struggle with, War and Period Dramas, and this was just too much for me! I appreciated the performances by the cast, but I just couldn't deal with the story...I think I started to tidy and clean the living room for something more interesting to do...