The year is 2016. We are neck deep in Superhero Movie era at this point. I have neither the patience nor the will to count just how many bad guys have been taken down so far, but it’s obviously a lot, because our heroes have resorted to fighting each other. In this epic Marvel showdown, it’s safe to say that Jenna and I are #TeamCap, (agreed) so let’s get down to business, reporting live from: 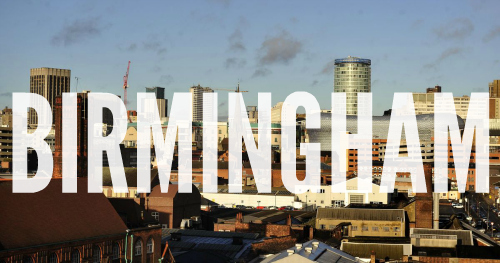 What was the deal with those giant location titles, anyway? It felt like a music video, and all it really did was make me jealous of all the amazing travelling the cast and crew got to do. Although, they will be mighty useful when my Dad gets around to watching it, because my Mum spends too much time reading out the little location reminders to him during movies. This was probably the only thing I didn't like about this movie, I remember hating it but I had forgotten, so if my score is affected, Allie is to blame!

So, to set the scene, bad guy Crossbones (Frank Grillo) is up to no good in LAGOS. Sorry, it’s the giant titles making me want to shout the locations. Captain America (Chris Evans) and the gang manage to stop him, but Scarlet Witch (Elizabeth Olsen) isn’t able to contain an explosion well enough using her abilities, which leads to the destruction of a nearby hotel, and the many deaths of innocent bystanders. This is the final straw that leads the powers that be to put into force legislation that controls the extent to which The Avengers may get involved in times of crisis, which in turn is what fuels the divide between Captain America and Iron Man (Robert Downey Jr).

I need to throw in a little rant here...so I get that the movie concept is pulled from a comic not from thin air BUT surely the Avengers saved more innocent bystanders than they actually hurt.  Did no one think to say "fine we won't save the world anymore" wait for the next bad guy to attack, watch millions of innocent people die and then say "that would have only been 12 if we have been involved" surely that would have shut everyone up and they could have gone about with their business - Is this just me?! 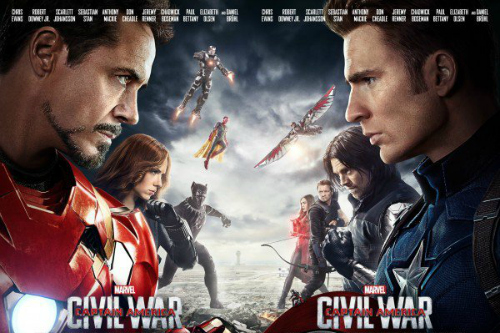 With the inclusion of so many Marvel heroes, this could have easily turned into another Avengers movie, but rest assured this is most definitely still Captain America’s time to shine. His plot line with trying to save Bucky (Sebastian Stan) from the control of Zemo (Daniel Bruhl) still stands at the forefront. As well as some of our favourites returning (no Thor though, sob!) we also get introduced to 2 new heroes. Black Panther (Chadwick Boseman), a personal favourite of mine from the cartoons, and the newest Spider-Man (Tom Holland) who is most likely going to be the best yet! He’s also the youngest we’ve had, which is definitely a better fit from the comics.  I thought I was going to hate another new Spiderman after loving Andrew Garfield but he my be the best yet, I think he is going to continue to surprise us.

Which brings us swiftly on to the scene we were all waiting for, the ultimate battle at the airport in BERLIN (sorry). This scene is honestly so perfect I don’t even know what to say. It’s intense, made more so by the fact that these guys were once good friends, but it’s also one of the funniest Marvel movie scenes ever. Ant-Man (Paul Rudd) just kills it here! The way he uses his abilities are just hilarious! ‘Sh*t! I thought that was a water truck. My bad!’. I’m honestly laughing just typing this.  This is going to be a very boring review because I basically agree with everything Allie is saying, it's much more fun when we heckle each other!  This scene was the best, I flipped back and forth from tense to laughing, I didn't know what to expect next and it kept me on the edge of my seat. 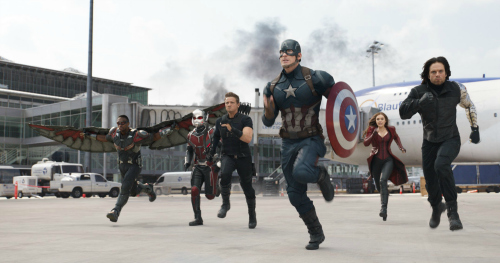 Of course, just like when we were all kids play fighting on the playground, someone takes it too far, and the mood does a full 180 instantly, bringing us back to reality. Obviously I won’t say any more about that here.

Maybe it’s because I still have the taste of Batman v Superman in my mouth, but I thought the ending to the conflict between Cap and Iron Man was done so well, better than I had imagined it would go. There’s no ‘Oh hey our Mum’s have the same name’ moment here, (damn spoiler alert haha! You have access to the internet, don't tell me you haven't seen 1,000,000 memes about this yet!) the issues are real, and they cut deep, and this isn’t something that can simply end by shaking on it. 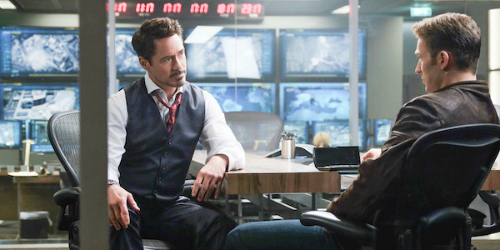 That said, as much as I loved this, I do have just a couple of gripes. I know that it’s important for the movie, and it’s only because there are so many superhero movies out there now that this is even an issue, but all the political debates about collateral damage and vigilantes just makes me want to go ‘UGHHHHH’. We knowwww, we know! Oh, and I was so happy to see Martin Freeman pop up in this, but dude what was with that accent? The worst part is, we already know he can do an American accent, so what went wrong here? I’d have preferred him to go full on Fargo than whatever that was.  Argh I had forgotten about the accent, another point deducted thanks to Allie's photographic memory!

Considering I said earlier that the locations were the only thing I didn't like about this movie, I have yet another gripe!!  It was made very clear why the lead characters took the stand they did but the background heroes just seemed to pick a side at random - particularly Clint, I thought he retired to be with his family but now he's willing to fight outside the law and risk going to prison and leaving them?!

No more issues, regardless of moans, I really did love this and can't wait to watch it again and again when it is out of DVD.