If you hadn't noticed already, I am a complete sucker for a weepie, more specifically Nicholas Sparks weepies.  Therefore when I found out the release date for The Choice, I made sure I had some time in the diary to get to the cinema and see it.  Albeit on my own, there aren't many people  I would out through the suffering of one of these movies, I've only done it to Allie once and it turned out to be my least favourite, sorry Allie! I genuinely kind of enjoyed that one to be fair...but that was pre-blog when I liked everything! Anyway, I digress, I took a daytime trip to the cinema on my own, took deep breaths through the sniggers and whispers of the only other people in the cinema for being on my own and settled in for my latest fix.....

The Choice follows Travis (Benjamin Walker) is in for a shock when he meets Gabby (Teresa Palmer) who seems to be the first girl to actually keep him interested, problem is she is settled with her doctor boyfriend, Ryan (Tom Welling).  Travis spends his time trying to get her attention and her heart. 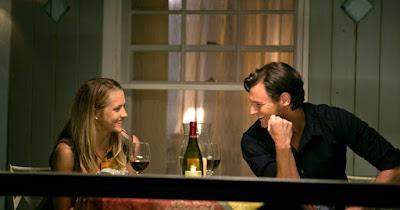 The biggest issue that I have with these films is that I know they are rubbish and yet I love them anyway.  Even my least favourite (Safe Haven) I have watched countless times, they are my ultimate guilty pleasure.  This was one of them, I knew it was a bit rubbish and completely predictable but I do like the guarantee of a good cry.  I was a bit disappointed with the choice of leads, I really liked Benjamin Walker but Teresa Palmer was tough to like. Unfortunately, her lack of personality makes it hard to swallow that Travis is head over heels for her but he does bring a edge of likeability to the role, in fact you actually like him more than you should for the first half of the film. 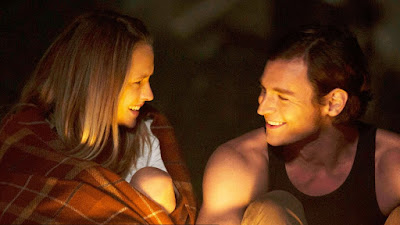 On the surface, I did enjoy it and I would (and have) watch it again but when I start thinking about it from a review/critical perspective, there is a lot wrong with it.  The score  have given is solely based on my enjoyment of it in the moment (which is theory all scores should be!) rather than a critical perspective.