Tears of a Clown Blogathon

One of our bestest blogging buddies, Dell (Dell on Movies) is hosting a fascinating Blogathon this month called Tears of a Clown. It’s inspired from Foxcatcher, where Steve Carrell plays one of the best villains of the year, which is really something when he’s considered a comedic actor. 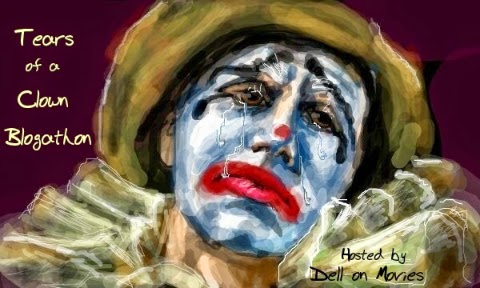 I won’t be held responsible for any nightmares that occur as a result of seeing that banner, Dell can have that blame!

Here are the rules in his own words, and you can find his original post here:
1. Create a post about a comedic actor in a non-comedic role. Tell us what are your favorite comedic roles of this performer. More importantly, tell us why you like the dramatic role in question. Be as thorough as you feel you need to be. Convince us it's a great performance.
2. Use one of the banners I have in this post.
3. Include a link back to this post.
4. Leave a link to your post in the comments section below or tweet it to me @w_ott3
Multiple posts on the same performance are allowed, so don't worry about who picked what. You're all pretty creative so I'm sure we'll get a nice variety.

Usually, I like to mull over my choices when putting together a blogathon post, but this time, I knew what I wanted to talk about before I even finished reading Dell’s post. Mainly because it’s one of my favourite films that I get to ramble about! Before I really ‘got into’ films, comedies were the only thing I was really interested, and that meant I saw a lot of Jim Carrey films. Some I still hold dear now, especially Liar Liar are Bruce Almighty. He’s the kind of actor I’ll happily watch in anything, but there’s one particular performance that fits this blogathon perfectly. 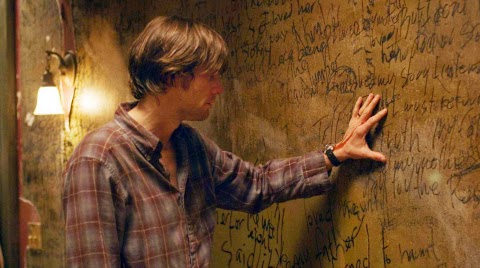 The Number 23 is a thriller/mystery that was released in 2007. It never got great reviews but at the time, I loved it, and it could even have been one of the first plot-twist films I ever saw (I can’t count Sixth Sense, that got ruined for me). Jim Carrey plays Walter Sparrow, who gets given a murder mystery book that revolves around the number 23. Maybe it’s because my birthday is on the 23rd (August), but I really connected with this film and couldn’t help but notice the number everywhere I went too.

Anyway, back on point, for an actor that I was used to seeing in slapstick comedy, beating himself up in a bathroom in Liar Liar (“I’m kicking my ass, d’ya mind?!) to using his newly given God powers to blow wind up ladies’ skirts in Bruce Almighty, this role couldn’t be further apart in nature to his usual work, and I honestly think he nailed it!


Robin Williams is a brilliant actor who made his name with comedy roles in Good Morning Vietnam, Jumanji and Mrs Doubtfire.  Over the years he took his hand to more serious roles on numerous occasions and did so impressively.  Some of his serious roles, he would still use his comedic talents, such as Patch Adams, a serious film, story and character with a comedic element throughout.


The key standout serious role for me, however was as Chris Nielsen in What Dreams May Come.  If I remember rightly this was pretty well panned by critics at the time of its release but I loved and watched it repeatedly when I was younger (I feel the need to revisit it now!).

Williams plays a father who after being killed in a car crash is trying to find his family in the afterlife.  His character his heartbroken and trying to deal with the loss of his own life as well as people he meets along the way.  I need to re-watch this to do a proper review but from what I remember, Williams’s character was completely serious.  After coming off the back of Flubber, Jack, Jumani and Hook this just wasn’t what I expected, but I also think that’s part of what I love about this particular role for him and also shows how versatile he was.
Posted by Unknown at Tuesday, May 26, 2015
Labels: Blogathon, Drama, Jim Carrey, Mystery, The Number 23, Thriller