The majority of dramas I watch tend to be at home, because I can’t convince my fiance to come out to the cinema unless there’s some kind of action or comedy involved. Or food. That normally works too. I was preparing to skip The Age of Adaline, and then Jenna text me to ask if I wanted to go to the cinema with her, bingo! Win win I say because my Dad wouldn't have enjoyed this one either and he is my usual cinema buddy!! 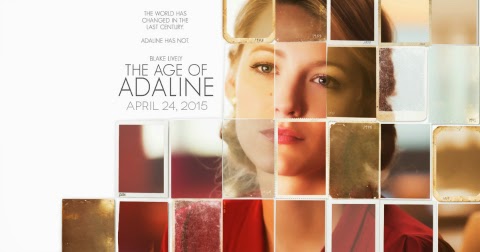 The Age of Adaline is a beautiful story about a woman (Blake Lively) who was in a car accident, and as a result, has completely stopped aging. As time went by, people got curious as to why Adaline still looked so young, and as things turned nasty, she fled, and chose a new identity. She’s been doing this for years now, keeping everyone she knows at arm’s length, too scared to get close to anyone, with the exception of her daughter.

Within the first few minutes, I’d decided that I knew already how this film was going to end. It was going to be predictable, but watchable, and to be honest, I was wrong. Some plot points were so obvious I didn’t understand the attempt to hide them, but as the story progressed, I was surprised by the turn of events, and so it was an enjoyable experience for me. I cared about the characters, and although Ellis (Michiel Huisman) came off ‘Mr Grey style stalker-ish’ at first, I warmed to him.

I knew what was going to happen at every turn, I don't know why (maybe its the countless Nicholas Sparks movies I have re-watched over and over?!) but I still enjoyed every minute and I really was totally engrossed in the whole thing. 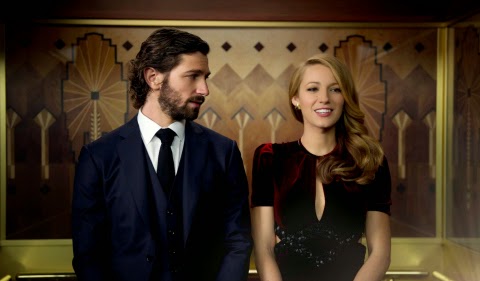 Blake Lively is an actress I haven’t seen much of, with the exception of Gossip Girl, and I wondered whether she would be able to hold her own as the leading actress in a film, but she really nailed it, so eat that, haters! She gets a lot of stick for looking older than she is which is a real shame, I don’t see why that should even matter, but oh well.  I think we said this on the way out of the cinema, we both thought she may have trouble on her own in a lead role but she was brilliant.  She absolutely nailed the idea that she may look like a 29 year old but portrayed an older lady perfectly, especially in the scenes with her now 'older' daughter.  On the flipside Ellen Burstyn does a fantastic job of appearing like a loving 80 year old daughter to her 29 year old mother.  And yet the whole scenes appear completely normal, a testament to their acting skills. 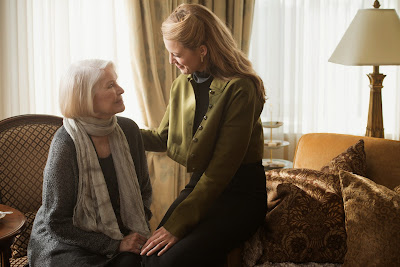 I can't let this review go by without mentioning Mr Ford, I haven't seen him in anything for a while but he was great as wounded William who is convinced that Adaline is his true love from decades previously.  What follows is the heartbreak as William tried to come to terms with his lost love and his wife of 40 years, Kathy (Kathy Baker) dealing with the idea that she was second best.

The Story of Age of Adaline was a little too long for me not get fidgety, but I was never bored. I just wish that more could have been done with the story. I won’t spoil anything that did happen, but there seems to me like an obvious event that could have happened to make Adaline change her mind on how she’s been living, and it would have been the perfect event to kick start that, but it never happened.  I'd love to agree or disagree with this statement but I have no idea what event to kick of what event you are talking about haha!! I'll text you!

Having recently been to San Francisco, it was amazing to see all parts of the city through Adaline's eyes and I have recommended this film to my Dad even though he will hate the story, he will love the sets! 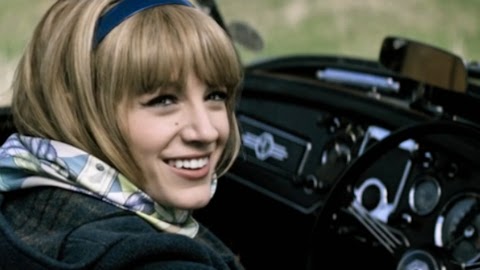 For me, this was a lovely film, and I’m glad I saw it, but it just wasn’t enough for me to rave about it.

As a Nicholas Sparks fan I was bound to love this, so don't take my word for it you have to see it yourself.