I hadn't even heard about this film when I found it on Netflix so I thought I would just give it a go and although the critics may disagree with me, I'm glad I did.

A Long Way Down starts on New Years Eve, Martin (Pierce Brosnan) a disgraced TV personality is on the top of a building London all ready to commit suicide.  He is soon joined by Maureen (Toni Collette) an exhausted mother of one, Jess (Imogen Poots) and JJ (Aaron Paul) who are all there for the same reasons.  Instead of going through with it, they become each other's surrogate family and learn to face their problems. 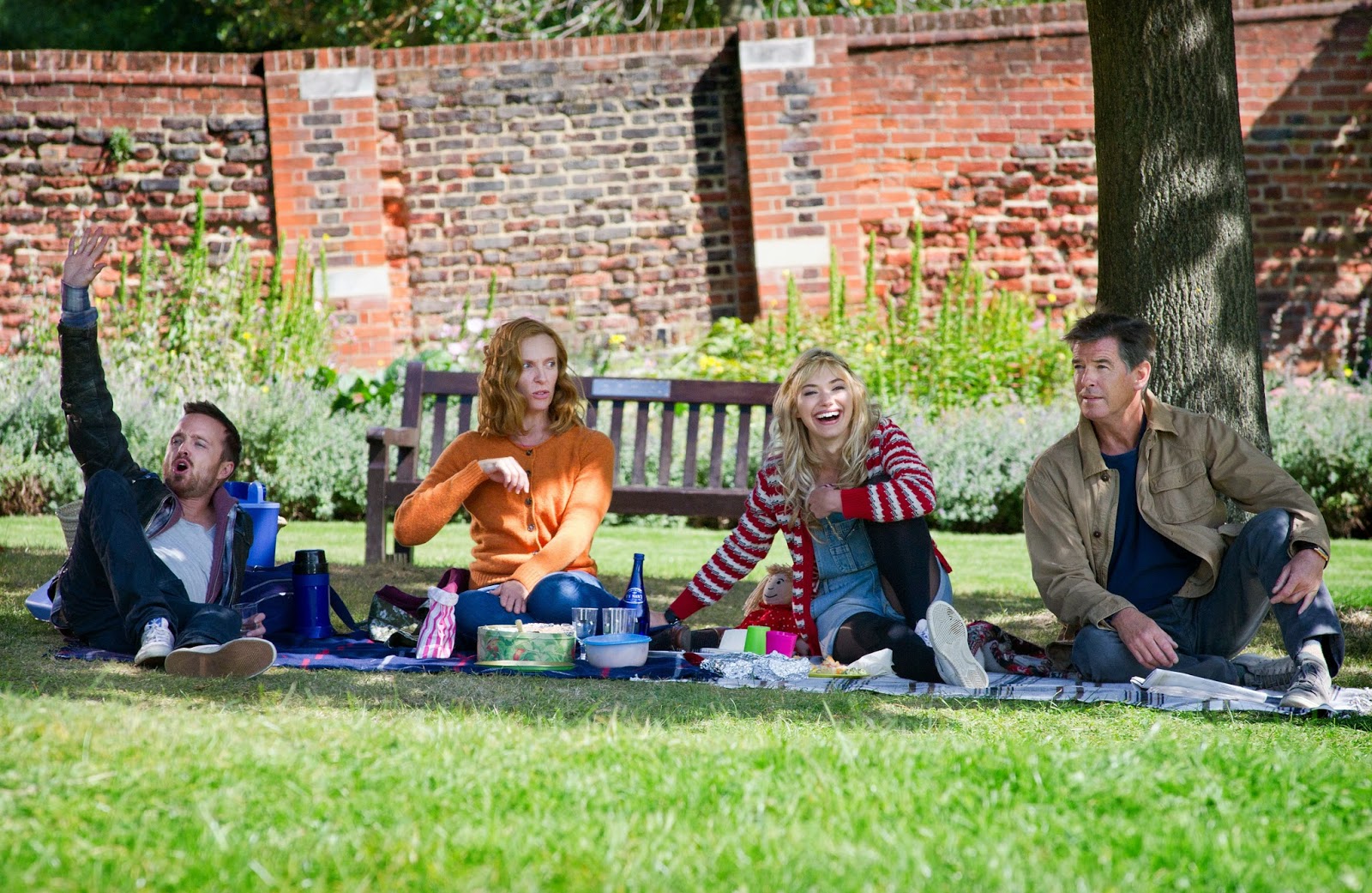 I can understand why the critics don't like this film, there was a lot that could be done with such a sensitive subject that just wasn't.  It could have made it more brutal and heartbreaking and really touched on a taboo subject that most people are afraid to talk about.  Unfortunately, it actually makes it all too relateable (quite scarily in some places) and it somewhat belittles the idea too much for comedic reasons, which is more than likely why the critics didn't feel it was much cop. 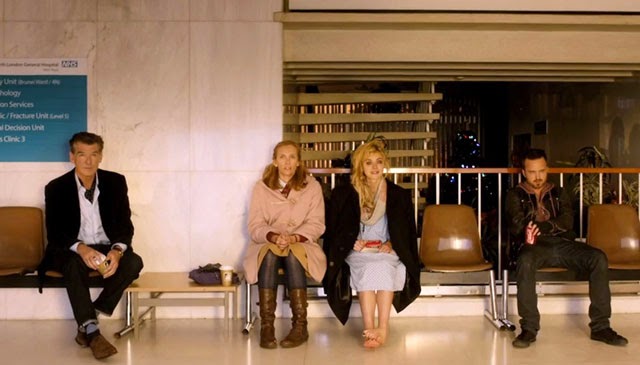 That being said, I was engrossed.  I didn't look up from the screen or move once throughout the whole thing, I laughed, I cried, I cheered and I really loved the characters and the relationships they have developed with each other.  I've always been a fan of Collette's work, I think she has such a broad range, ever since I saw her in Muriels Wedding a loooong time ago!  I found it so entertaining considering it was a film based around depression and suicide but I also think it showed how one person (or 3 in this case) can have such a huge impact on your life and change the way you think about things.

This might be the first thing I've seen Toni Collette in so I can't really compare her performance to anything else (Edit: Holy moly, I just realised she was in Little Miss Sunshine! Love this lady!), but as much as I loved the whole cast, Imogen Poots absolutely stole the show. She might be annoying in A Long Way Down, but she was spot on and I really hope she gets some bigger roles following this. 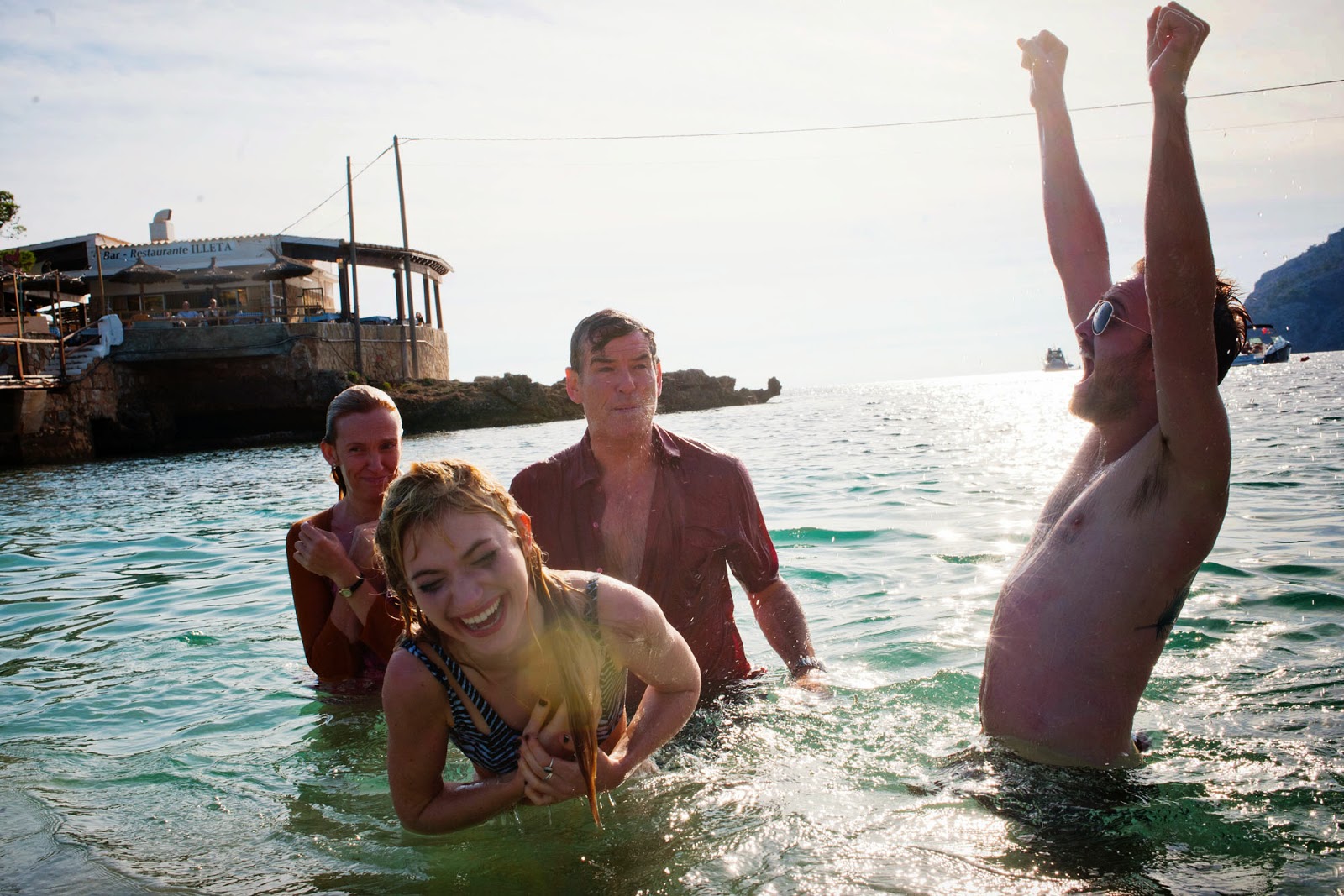 Its a common misconception that depressed people are sad all the time and never smile or laugh or enjoy some moments, I think this can be highlighted more.  Many cases of 'movie' depression find the character not getting out of bed or considering suicide, this turns that on its head and reminds people that you can be depressive and fully functional in the real world, sometimes you just need the right people around you. Absolutely true! 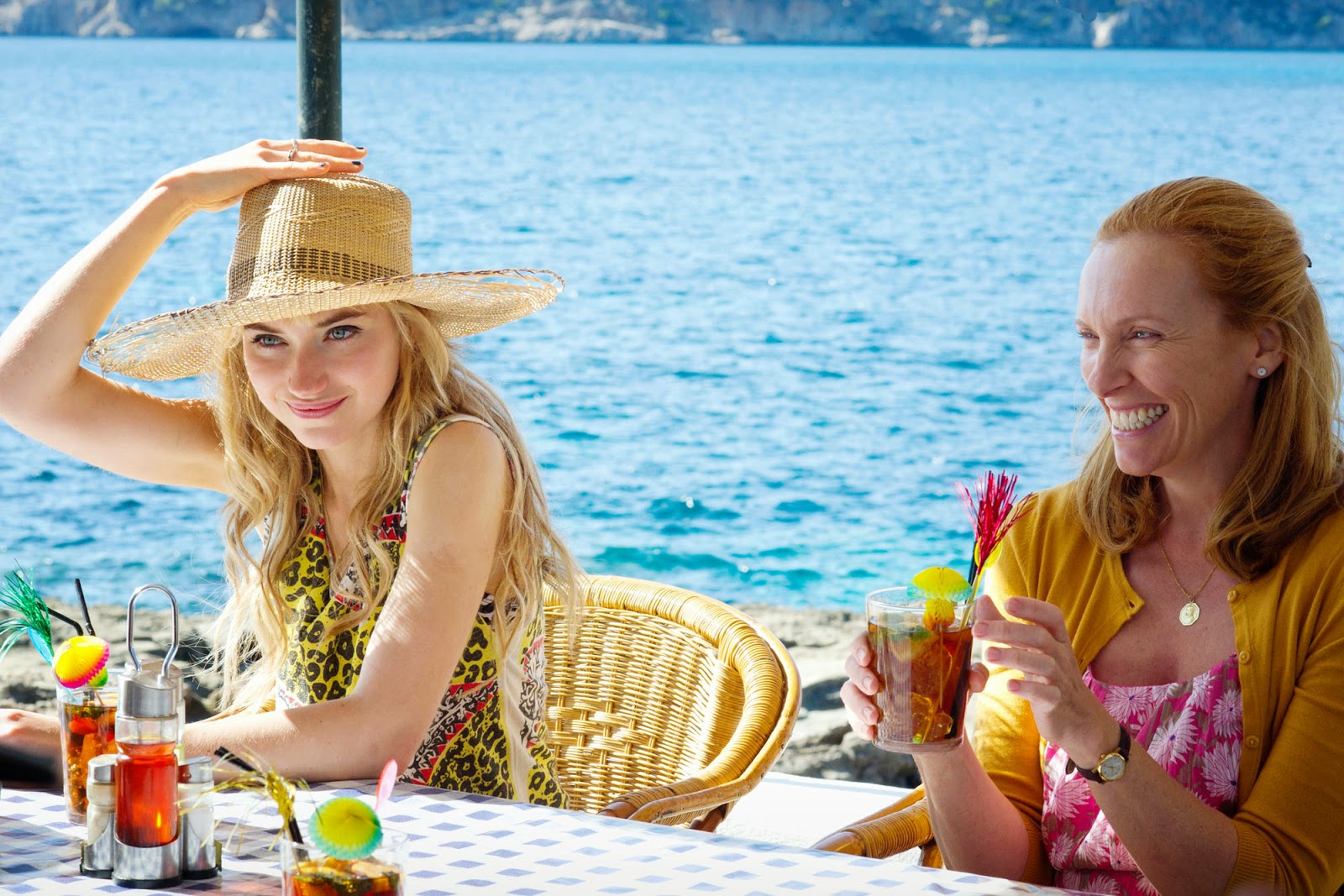 I could be simplifying this too much but thats my opinion.  I really enjoyed the film and the sentiments attached to it, it got a bit cheesy at times but I could see past it and enjoy it for what it was.  Its worth a watch, just remember not to overthink it and just watch, you might like it.

It's definitely a slow burner! I wasn't bored at all but I was grateful for the shorter running time, as I really felt every minute. That probably comes across way harsher than I mean it to!

Maybe it was just my imagination running away with me, but I couldn't help but wonder whether the reason JJ was up on the roof had anything to do with a certain meth lab incident gone wrong... haha!! Amazing!