Attack of the Sequels! Blogathon

A fellow blogger, Rhys at Feeling Fuzzier is hosting a blogathon over the next couple of weeks all about sequels - ones that haven't happened and that we think should. I've been really thinking hard about this one! 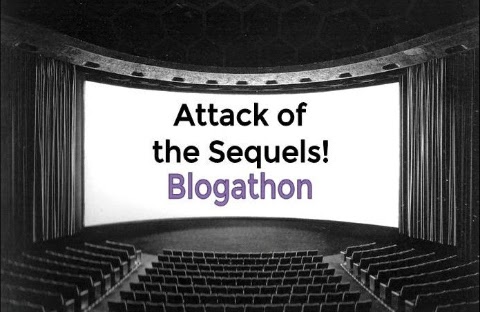 Here are the rules, taken from the original post:
﻿


1. Pick up to 5 films that you enjoyed, but never got a follow-up film. You can include films that are already sequels (e.g. Hellboy 2: The Golden Army). Doesn't matter how ridiculous it may sound.


2. Talk about why you'd like to see a sequel to those movies, and where said sequels would take the story.


3. Please include the blogathon banner (above) somewhere in your post.


4. The deadline is August 7th - but I'm sure I'll go easy on any late submissions ;)
And so, whilst Jenna is still on holiday, here are my choices, in no particular order...
It seems I'm doomed to forever talk about Green Lantern. I'm really sorry Rhys, I know you picked this too, but this is literally the first film that came to my head when I saw your announcement. For all of it's flaws, you only have to look through the Green Lantern comics to understand that a far more awesome story could be told in a sequel. I'd love to see a sequel, or even a re-make that tells the story of the Sinestro Corps.
﻿

I think a 'sort-of' sequel might have been made for Zombieland in the form of a terrible TV Show, but I would love to see a real sequel. I don't know whether I'd like it to pick up from where the first ended at the theme park, or perhaps follow a different set of survivors. All I know is it would be epic.
I had to watch Chronicle twice before I really appreciated it, but it's a really clever concept and Dane DeHaan did a fantastic job I thought. Chronicle didn't really have a fully closed ending, and so I think there's a sequel in there somewhere, about what Andrew does when he gets to the monastery. Does he learn to control his powers, or do they get the best of him again?
Only recently did I watch Ferris Bueller's Day Off, but it reminded me in some ways of Office Space, and then I thought, how cool would a sequel be of a grown up Ferris deciding to take a day off work? Throw in a couple of cameos of the original cast? Why hasn't this been done yet?!
I actually don't know what happened here. I read every book in the Series of Unfortunate Events when I was younger and loved them. Then they made a film out of the first book, and I loved it. So what happened to the others? So okay, there's a few dark themes in here, but it had so much potential, and Jim Carrey was just born for the role Count Olaf.
Posted by Unknown at Sunday, July 27, 2014
Labels: A Series of Unfortunate Events, Blogathon, Chronicle, Ferris Buellers Day Off, Green Lantern, Sequel, Zombieland