I've really been enjoying these Blogathon's that we've taken part in recently. There have been quite a few, I'm still working on my half for another, and I hope that one day we can run our own!

One of our favourite film blogs, Cinema Parrot Disco is hosting a Guest Blogger series for the IMDB Top 250 List. By now, you should know that here at Flick Chick's we've made it our goal to watch all 250 and review them, so this was the perfect opportunity for us! Thankfully The Sixth Sense was still available.

We don't watch/review horror movies very often so the fact that we get to review a horror movie on Friday 13th is pretty awesome! 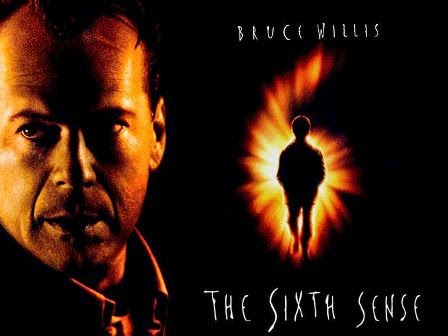 Cole Sear (Haley Joel Osment) is a young boy who can communicate with spirits that don't know they're dead. He spends a lot of time with a child psychiatrist, Dr Malcolm Crowe (Bruce Willis) to try and help his problem.
The Sixth Sense is a really hard film for me to review. I first watched it at a sleepover with my friends when I was about 12, and just as we pressed play, my friend blurted out 'Oh, this is the film where *insert major spoiler here*'. I have to admit, that really killed it for me. If I could somehow come across a time machine, I think one of the first things I would do is go back to that year and watch the film alone, spoiler free.
I got to watch this completely spoiler free, I think I went to the cinema with my friend Hayley to see it - I was terrified the whole way through.  The down side was I missed a lot of the story because I constantly had my cardigan over my face waiting for something to jump out!  It was only after I watched the whole film that I realised it wasn't that kind of horror but by then I knew the 'major spoiler' so the second (non-scared) time just didn't have the same impact.  Also, my friend started belting me in the arm (Allie will confirm that this is something I also have a nasty habit of doing when something exciting/scary/interesting happens in a film! - It's true, I still have the bruises) when the wedding ring dropped, she knew what was going on and I didn't have a clue!  I'm pretty sure she had to explain the spoiler to me afterwards as well! ha!
However, back to the film.  I did love this film, apart from being scared the story is great and Haley Joel Osment was brilliant as the terrified Cole and Bruce Willis actually does well in a non-action hero role.  The ending definitely makes this film as it can become a little slow in the middle, but that is all forgotten when the film ends.  I generally love M Night Shyamalan films anyway, I think I am the only one of my friends/family who enjoyed The Village, I thought it was really clever and Signs was hilarious
The scenes of teenagers who have blown their brains out and women hanged from the ceiling still terrify me but it's worth it to see the story play out.
Do you fancy feeling like a total old person? This is what the little boy, Cole looks like now:
Wow, I feel old now!! 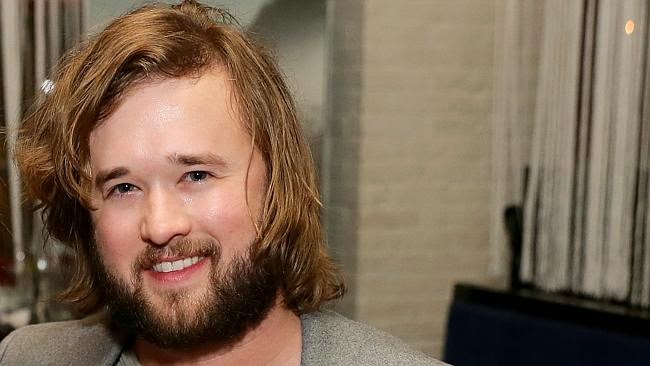 This is a film that everyone should watch at least once. There are a few films in the Top 250 that I question, but this firmly deserves it's place. I wish I could give it a 10/10 but it's just not the same knowing how it ends.
This is a must watch for everyone, just don't be scared and ruin it for yourselves, its not that kind of horror movie.
﻿