National Love Your Pet Day: The Best Pets in Movies

Hello pet lovers! Did you know that today, 20th February, is National Love Your Pet Day? I’ve had pets all of my life, and when I moved out of my parents house two and a half years ago to live with my fiance, the house wasn’t a place I could call home without pets around. Thankfully, just 6 months after moving in, we agreed to get two kittens to liven up the place. Well, they certainly aren’t kittens anymore!  Here is where me and Allie are soooo different, I don't like animals, I have no desire to have a pet and I have an irrational fear of dogs (this makes most dog lovers hate me!) and don't even get me started on farm animals!! 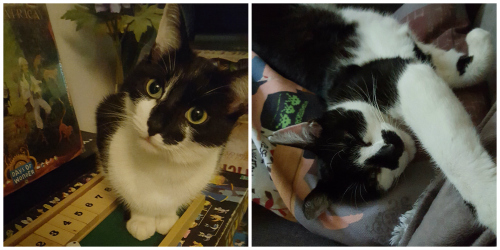 Meet our cats, Sherlock and Loki (also known as furr babies, fluff bums, buttholes, and other endearing terms) Most of the time we call them Sherly-Bum and Loki-Moo. I have no idea why. Our vets actually think Sherlock is a lady cat named Shirley now. Whoops.  I have to admit, I don't mind these pair, even when I go home from movie night covered in cat hair!

Anyway, before I drift dramatically off course, let's bring this back to something movie related. In the spirit of National Love Your Pet Day, I wanted to share some of the best pets in movies. Let me know in the comments section which pets you’d include! 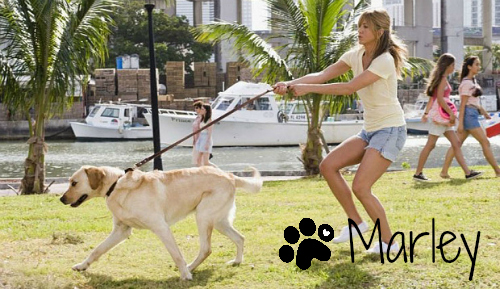 I was never a dog lover until my parents got a Cockapoo 8 years ago. In fact, I was scared of him for the first week they had him. Now, I can’t actually pass a dog without saying hello! My point is, I watched Marley & Me (2008) before they got him, and so I wasn’t expecting the gut wrenching heartache this movie caused me. I’ve never been able to re-watch it! I really want to, because I can remember how funny it was, but I can’t go through that ending again. I am in the same boat, being terrified of dogs I assumed I wouldn't be affected by a sad dog movie, man was I wrong, I sobbed my little heart out! 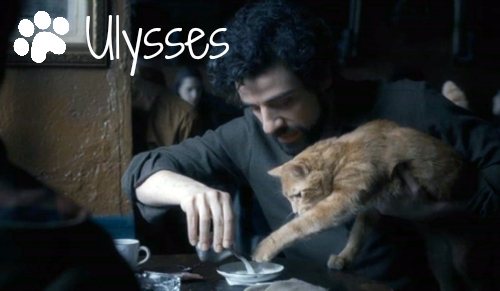 Now, when I said ‘best’ pets, I didn’t mean well behaved. In fact, this statement stands for any cats picked. Lets face it, as much as we love our feline friends, the feeling isn’t always mutual, as much as we like to think so. Ulysses, the cat in Inside Llewyn Davis (2013) that Llewyn accidently locks out brings a lot of comedic relief to the movie, and I can only imagine what it must have been like filming those subway scenes! 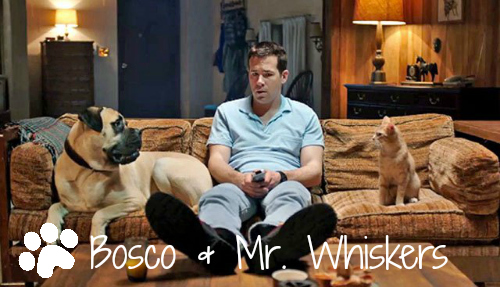 In The Voices (2014), Ryan Reynolds hears voices. Specifically, the voices of his dog Bosco and his cat Mr Whiskers. It’s quite a grim horror/comedy, but a lot of the laughs come from these 2 pets. Bosco is very much a typical dog, telling his owner how much he loves him and pestering him to go on a dog walk, and well, I really shouldn’t repeat any of Mr Whiskers’ lines, but he gets grouchy when his food his late. When I say grouchy, I mean sweary! 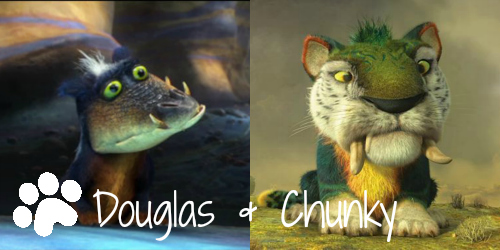 Moving into animated territory, The Croods (2013) features 2 adorable pets. There’s Douglas, a cross between a crocodile and a puppy, who meets an unfortunate fate when doing ‘rollover’ tricks on a cliff edge (don’t panic, he’s okay) and the amazingly fluffy Chunky, a huge cross between a macaw and a sabre-toothed tiger amazingly enough. He starts out as one of the movie’s biggest villains, but as it turns out, who’s actually a big softy, and he joins the disjointed Croods family.  I was so sad when Douglas rolled over, I really thought he was a goner! 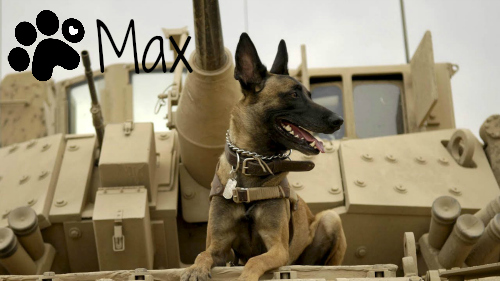 If Marley & Me made you cry, wait till you see the trailer for Max (2015). Max served his owner in the US Marines in Afghanistan but is left with PTSD after a terrible accident. It’s decided Max needs to be put down due to his aggressive outbursts, but he responds well to his owner’s brother Justin who takes him in and attempts to rehabilitate him. It’s actually a very different movie from Marley & Me, but a perfect family movie.  Oh my gosh, I thought nothing of watching this and then I spent the first 40 minutes crying and the last 40 minutes angry that they turned a really good concept into a terrible Disney action movie! 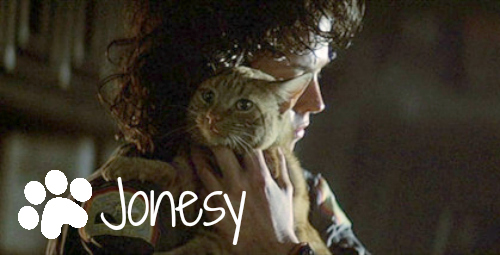 You’ll see more of Alien (1979) on this blog in a few days, as it was our February choice for the Blind Spot Series! With it so fresh in my mind, I couldn’t disclude Jonesy from this list. Every work space, be it office or spaceship, should have a cat I think, but perhaps not during a crisis. You can guarantee that cat will hide in the smallest space possible, ready to scare the living daylights out of you. He’s so cute, though.  That cat....... 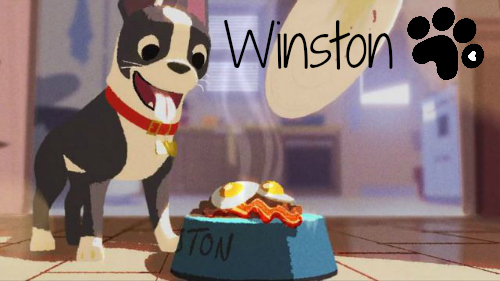 Feast (2014) is a beautiful 6 minute Disney short shown before Big Hero 6. It tells a love story through the eyes of the dog, Winston, who is used to his male owner feeding him all sorts of junk food (which real-life doggies should definitely not eat!). When his owner falls in love with a vegan waitress, Winston’s diet changes dramatically, and I’m still not sure how a 6 minute animation about a dog and food made me cry so much!  I forgot all about this, I loved it!  I felt so sorry for him when he had to eat rubbish healthy food, its exactly how I feel every January when I start the obligatory New Year diet.... 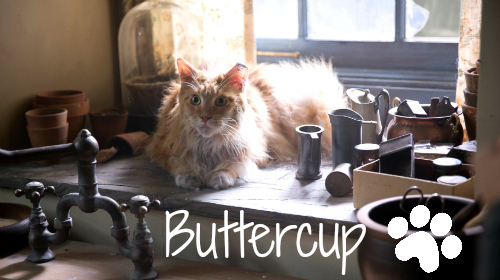 Cats are known to be extremely choosy in who they show affection for, and this couldn’t be truer in The Hunger Games series. Primrose’s cat Buttercup thinks the world of Prim, but can’t stand Katniss, often hissing at her. I suppose Katniss did threaten to drown her in a bucket, so the feeling is mutual. As distressing as the final half hour of Mockingjay: Part 2 was, the reunion of Katniss and Buttercup killed me a little on the inside. The book destroyed me. Sob!  This is an example of an animal that I was not at all bothered about, I couldn't care less who she liked or didn't like and I could have happily not had her included at all.  Reading this back, it seems a little harsh but still true! 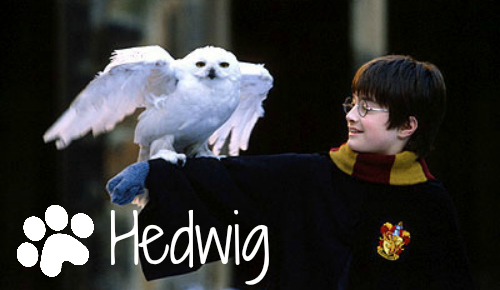 I could pick all sorts of pets from the Harry Potter series! Scabbers, Crookshanks, Mrs Norris...the list is endless. But for now, let me focus on Hedwig, Harry’s first pet, a snowy owl gifted to Harry by Hagrid for his 11th Birthday, and his initiation to the wizarding world. Hedwig was one of the smartest creatures around, delivering letters all over the world, and craftily nipping Harry on the hand when she didn’t receive enough reward for her work.
Posted by Unknown at Saturday, February 20, 2016
Labels: Alien, Feast, Harry Potter, Inside Llewyn Davis, Marley and Me, Max, National Love Your Pet Day, The Croods, The Hunger Games, The Voices