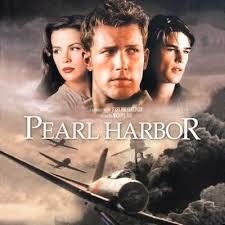 I know this film is meant to be crap but I love it, I am a sucker for a love story (as you probably know if you read our blog a lot!) and this has the ultimate love triangle between Ben Affleck, Kate Beckinsale and Josh Hartnett.  It's also a good old fashioned weepy which gets me everytime.  To confirm my love for this film, I found 3 separate viewings of it at the cinema in my collection of cinema tickets :-/
I haven't seen this in years now but I remember loving it!

Look who's talking/Look who's talking too
How can you not love talking babies? Especially when the babies have Bruce Willis and Rosanne Barr as their inner voices!  If you haven't seen them, here are the trailers:

Saved by the Bell: Hawaiian Style
Most people will not have heard of this but as someone who was obsessed with Saved by the Bell the idea of a feature length movie was incredible! I wasn't disappointed, this a cheesy and badly written and predictable and everything I ever wanted in a SBTB movie!! I didn't think I would be able to find this but here it is... The trailer!! (I think it was called Saved by the Bell: The Movie in the US)

You got Served (2004)
This has come up in my Top 10 dance routines because the dancing is just plain awesome.  I am also ashamed to admit that I love the story, it's been a while since I've watched it but I have it on DVD so might have to give it another go.  Check out the final routine on my Top 10 post. 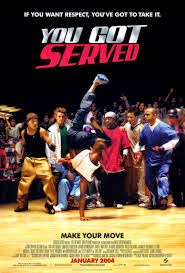 
Chinese Food Intercom: And then?

I am so disappointed that this is in your guilty pleasures list. This would make my all time favourites list, and I swear I quote it on a nearly daily basis!


Weekend at Bernies (1989)
True sentimental value for me as I used to watch this with my Mom (as well as Mannequin) as she had a bit of a thing for Andrew McCarthy.  I haven't watched this film for so long so I can't really review but doing this has made me want to watch it again and review it, so watch this space!!  Admitting I love this film reminds me of this scene from Friends (around the 2:00 mark):

Mannequin (1987)
My second film to include Andrew McCarthy! This film has so many plot holes and inaccuracies but they become null and void as you fall in love with the characters.  Jonathan Switcher, the loveable loser who you desperately want to succeed in life (even if he's done nothing to help himself), Emmy the doll (flashbacks to Lars and the Real Girl) whose love for modern times (after coming from Ancient Egypt) is refreshing and sweet and Hollywood who may have been my favourite (although as I kid I couldn't understand why his wife's name was Albert!!).  I will do a full review of this soon but until then, have a look at my favourite scene:

Clueless (1995)
If you've seen it you have to love it, if you haven't seen it, well climb out from under your rock (Allie!) and see it!!  Hilarious insight into the life of a teenager in High School, its the Mean Girls of the 90's and the soundtrack is EPIC! Here is the (slightly outdated) trailer:


Titanic (1997)
I really do hate to admit that I love this film, I must have seen it 10 times at the cinema (small obsession with Leonardo DiCaprio to blame for that one) and my Mom (bless her!) was first in line at Woolworths at 9am to buy it on VHS for me when it was released (I still have the video for sentimental value).  The love story, the action, the heartbreak, it's just all too much.  I still hate the 'lying on the door' scene at the end, it's just so frustrating and finding this on the internet, did not help: 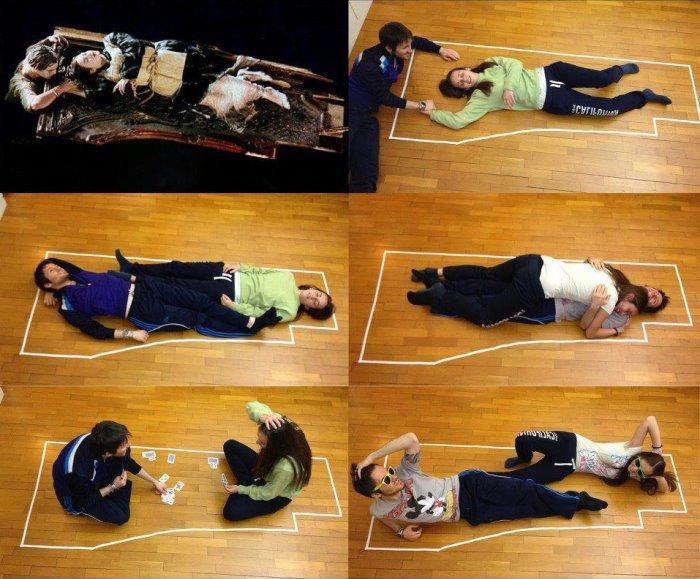 The Fast and the Furious (2001)
All the Fast and Furious films are just so entertaining (except Tokyo Drift of course), the stories are awful, the lines are worse and some of the stunts are truly ridiculous buuuuut I can still watch them over and over again with a big grin on my face, I just can't help enjoying them and rooting for the bad guys!  The soundtrack is pretty awesome as well.
I'm going to remind you of this reasoning when you tell me what you thought of Need for Speed!

Twilight
Allie did this so I didn't want to step on her 'turf' but it is a definite guilty pleasure!

Tremors
Discussed this film in detail in my B Movie Blogathon Post so didn't want to repeat myself.

House Bunny
We have already reviewed this but it think it's still relevant here.  Here is our review.

10 things I hate about you
I would have included this but I can't bear to admit it is a guilty pleasure, Heath Ledger is just too good!!

Totally jumping on Jenna's post here but check back with us tomorrow morning for a special Flick Chicks announcement!
Posted by Unknown at Saturday, July 12, 2014
Labels: Clueless, Dude Where's My Car, Guilty Pleasures, Look Who's Talking, Mannequin, Pearl Harbour, Saved by the Bell, The Fast and the Furious, Titanic, Top 10, Weekend at Bernies, You Got Served