Just a brief pause in movie reviews for a while, because my favourite time of the year is here, and also because Lawrence of Arabia killed me last week and I haven’t seen another movie since. I’m actually going to see Nocturnal Animals tonight though, so I’ll have that to talk about very soon.

But for now, Christmas has arrived (in my world at least) and Sunday brought my annual Christmas Present Planning Meeting. My husband was a little put off at the extremity of it all, until I told him the meeting would kick off with a big American-style breakfast out at one of our favourite restaurants. Ah, sweet bribery. 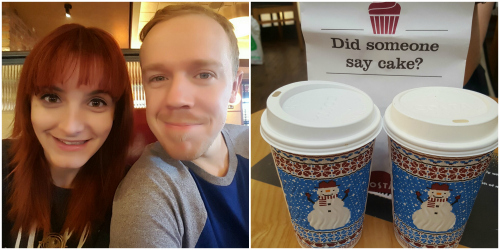 The reason I’m even mentioning this on the blog though is because I decided that this year, all of my christmas shopping will have a theme - movies! In previous years I’ve given dozens of Pop Figures (to curb my own addiction) and also board games (I buy the ones I really want to play myself) so I wanted a theme for 2016 too. I’m no movie expert by a long shot, but I like to think that I watch enough to be able to pick out movies for family and friends that they’ll enjoy.

Plus, it makes shopping a lot more fun. With plenty of little ones in the family, there are going to be lots of Disney movies on the list, and I’m torn between choosing my all-time favourites or picking out some lesser known gems. One of my cousins has reached that age where it's ‘cool’ to watch every single horror that comes out and pretend that they weren’t scary in the slightest, and thanks to Halloweenie I now have a few ideas for her.

Then there’s my parents, who love action and mystery, and anything with Tom Cruise or Bruce Willis, bless my Mum. I’m trying to remember whether they’ve seen Unbreakable (2000) yet, because they would love it. Not naming names, but I also have a family member who detests language in movies, so I’ll be heavily studying the Parental Guide’s in IMDB for the next week or so to find something suitable.

I have a brother who loves magic and all things weird, and I’m torn between getting him Chronicle (2012) or Now You See Me (2013). Does anyone know of a movie that heavily features a pug? I have a cousin obsessed with them, but she also loves horses so I have War Horse (2011) sat in my Amazon basket right now.

All in all, I am having a blast with shopping this year. It’s not a chore when you get to sit at your favourite little coffee outlet drinking hot spiced apple and talking about movies! Has anyone else started shopping yet?
Posted by Unknown at Wednesday, November 09, 2016
Labels: Christmas, Random Post