Strangely enough even though Job and Steve Jobs came out months apart, I watched them both within the space of a week which actually worked really well and they focused on slightly different aspects of Steve Jobs life.  Firstly, I enjoyed both of these movies, I don’t mind a TV movie as long as its not too cheesy and this one certainly wasn’t that. 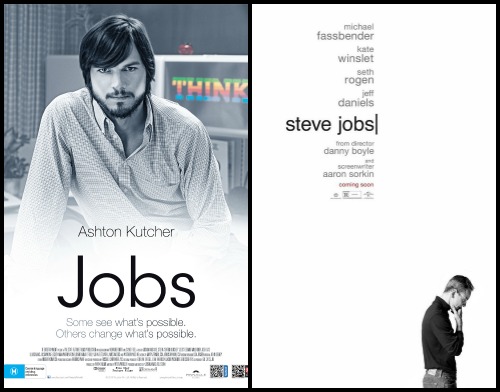 Jobs, with Ashton Kutcher in the title role, starts from his days at Reed College (where he technically wasn’t a student at the time) and focuses more on his business in his parents garage, the Apple 1 development and the relationships he built there and up to the release of the ipod.  Steve Jobs, Michael Fassbender’s version, starts at the release of the Macintosh and ends on the launch date of the iMac. 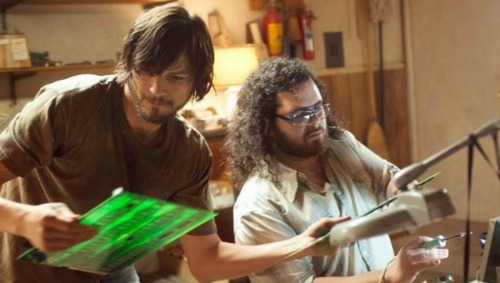 Jobs delves into Steve’s behaviour within work situations and he aggressive nature towards employees, colleagues and particularly people he considers friends.  It really highlights he want for success and how no relationship or person will stand in his way, including his pregnant girlfriend who he swiftly ditches upon finding out she was pregnant.  The film appears to draw attention to the key points in Apple’s history, rather than Steve Jobs as a person.  It skims over his relationships with his ex-girlfriend, his daughter, Steve Wozniak for example instead choosing to follow the timeline and build up of Apple the company. 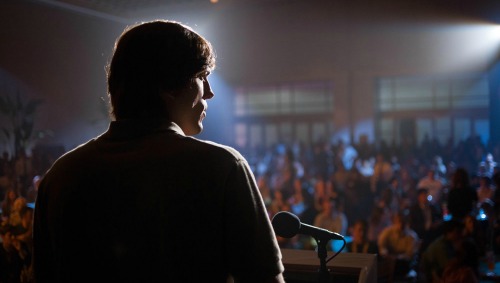 Steve Jobs however, does have more insight into Steve as a person, mostly due to the interactions between him and xxx (Kate Winslet), his long serving colleague.  Bringing this character in has opened up a whole new level to the film which Jobs lacks, what Steve Jobs was like behind closed doors.  This version is also structured really interestingly, with 3 parts all taking place at product launches the Macintosh in 1984, the NeXT computer in 1988 and and iMac 1998.  He comes across much more aggressive and egotistical in this one, which from what I have read is closer to the real Jobs but some of his real life colleagues have noted that he did become softer in later life and that wasn’t depicted in the film.  Strangely enough, this movie is only set in work environments and yet appears to cover more of Steve's personal life than the previous version. 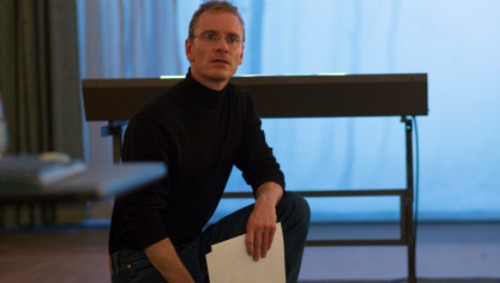 Both films include Steve Wozniak as a key player in Jobs life and career, however both seem to skim over the ins and outs of what happened with him.  In Steve Jobs there is countless arguments over mentioning the Apple II team but no indication of what caused this rift between them in the first place.  Kutcher played a good role as the lead character but Michael Fassbender nailed it, I found myself completely engrossed and forgetting that it wasn’t really Jobs. 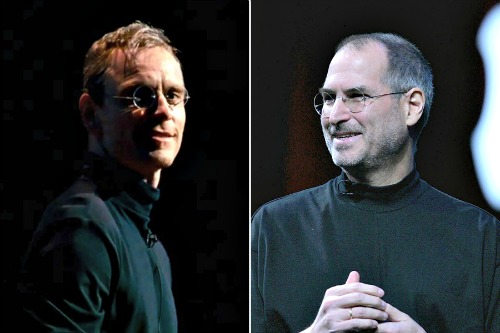 I’m not going to lie, having read this back its all a bit messy to read because I have just thrown my thoughts on paper and it could probably do with structuring more like an essay to compare the two BUT this is a blog not University so this is what you get!! :-)
Posted by Unknown at Saturday, January 30, 2016
Labels: Ashton Kutcher, Biography, Jobs, Michael Fassbender, Steve Jobs