We started off our Top 10 series with Film Quotes, and next we've done TV Characters! I know we're the Flick Chicks but hey, we watch a lot of TV too, and just try and think for a moment how hard a Top 10 Film Characters list is going to be. I could fill a top 10 with Ryan Reynolds and Benedict Cumberbatch characters, so just be grateful that I'm taking time to think about it properly! So, in order, here are my Top 10 TV Characters...

This guy is a total badass. I could actually just leave it that and you couldn't be mad, because he just is! Seriously though, in Season 1 I just couldn't stand him, because I loved Sparty so much probably, but over the course of the show he really develops, and by the end, he was my favourite out of them all. Manu gets a bonus point too for Deathstroke in Arrow! 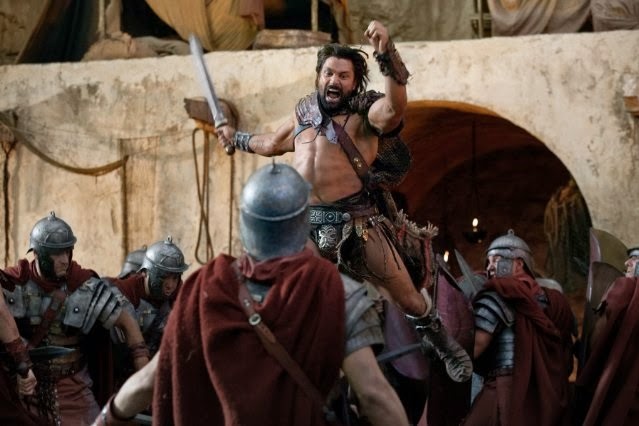 This may be cheating a little, because Jorah is my favourite character in the book series too. I know he sounds like an unusual choice, but he's a really interesting character and his relationship with Daenerys is beautiful. I can't tell you anymore without giving you spoilers but he's one to watch! 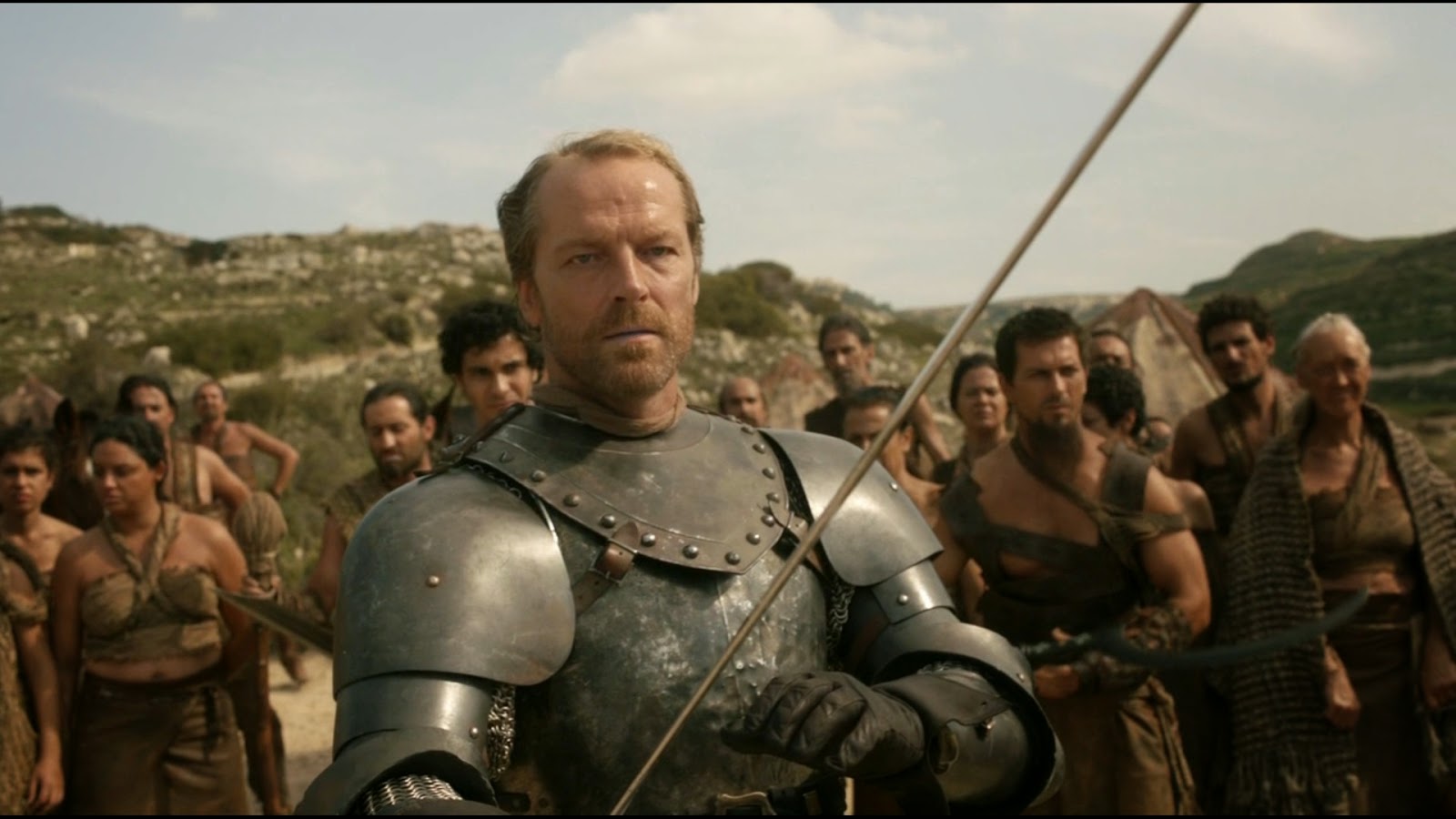 I don't watch this show as religiously as I used to but it's still one of my go-to choices when I put something on in the background. I'll eventually catch up with it all! I really struggled to pick a favourite but Sheldon probably gets the most laughs out of me. He's the perfect combination of awkward and funny. 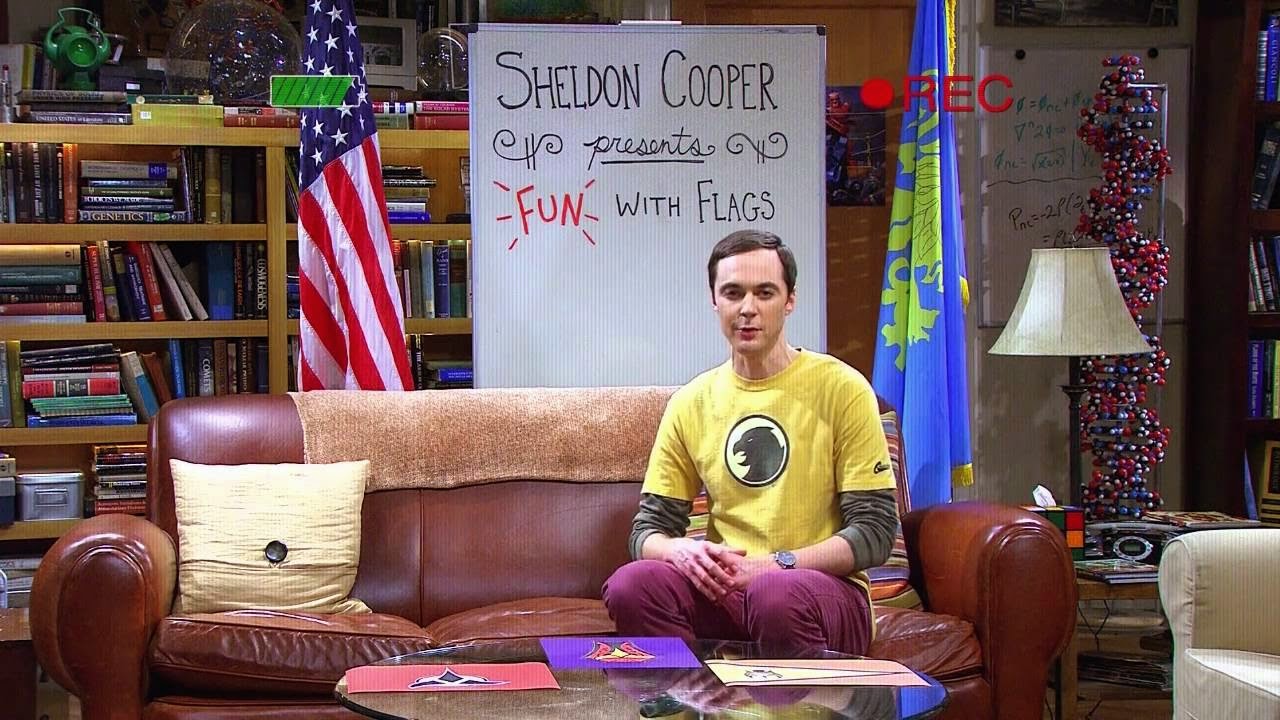 Could Chandler be any funnier? Friends might just be my favourite TV Show of all time, and I love that you can put Comedy Central on at any time in the day and there will always be an episode on. Is there anyone who doesn't own the full boxset? Chandler has that sarcastic wit that I just find hilarious, he is without a doubt my favourite from Friends! 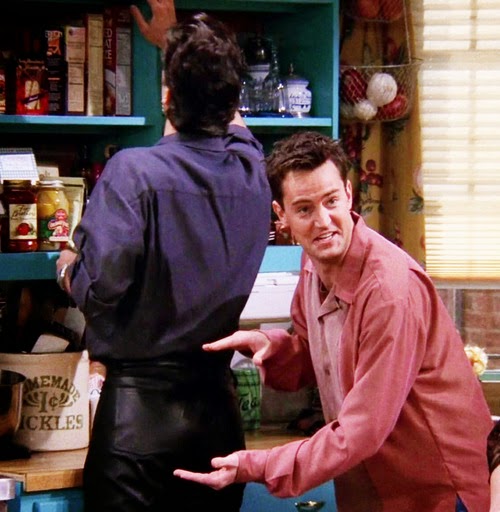 Ugh, how amazing is Season 2 of Arrow? I have to admit, I nearly gave up halfway through Season 1 but it ended amazingly and each episode in Season 2 has been great so far. Ollie might be the obvious choice but I absolutely love Felicity. Can her and Ollie just get together already? Her sheer awkwardness is enough on it's own to make me love her. 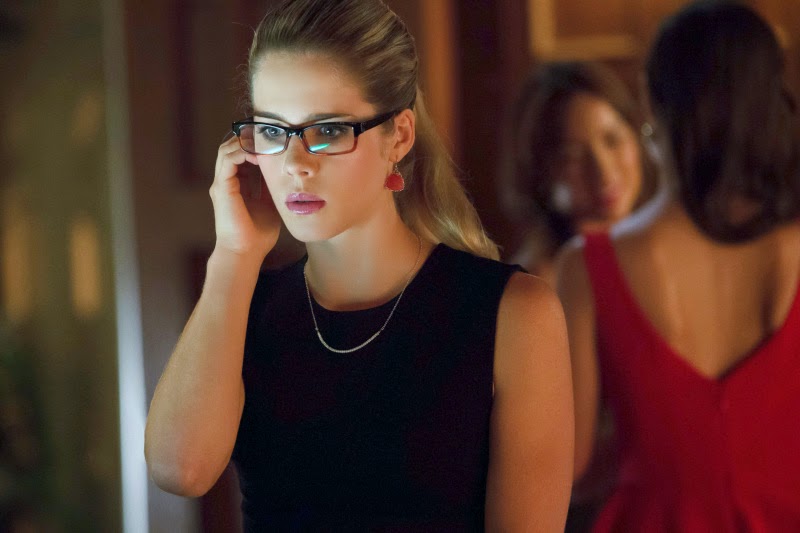 Okay, I know this is cheating a little. But Jenny was my favourite character since I saw her in this show, but right now I'm in the last few episodes of Season 3, and I just can't stand her at all! I hope she goes back to her usual self. So half replacing her is Chuck, who has been his usual smarmy and cocky self, but with a whole heap of adorable added on top. 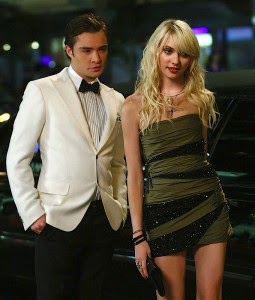 Who doesn't have a bit of Jess in them?! I love this girl with a passion and if I could steal her wardrobe I would. Another show that I'm not up to date with, but that's the joy of living in the UK. I love Jess's attitude to life in general and how she deals with day to day situations. If I could become anyone else for a day, I would be Jess! 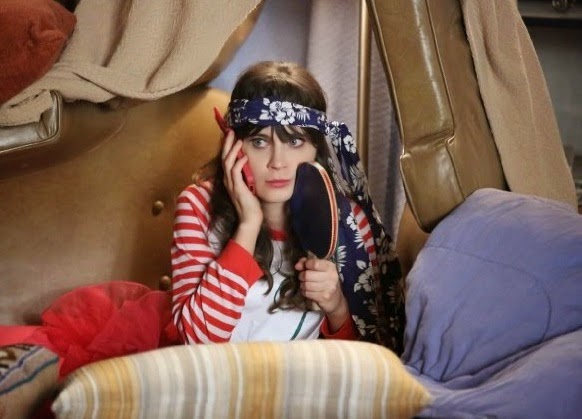 Oh my, this man! I'm so sad that the next Season of White Collar will be the last. I binge watched this show on the train to work for a few months and nearly missed my stop more than once. Neal is smart, witty and charismatic and he's so much fun to watch. If you've never seen this show give it a try, it's worth it for Neal Caffrey alone. 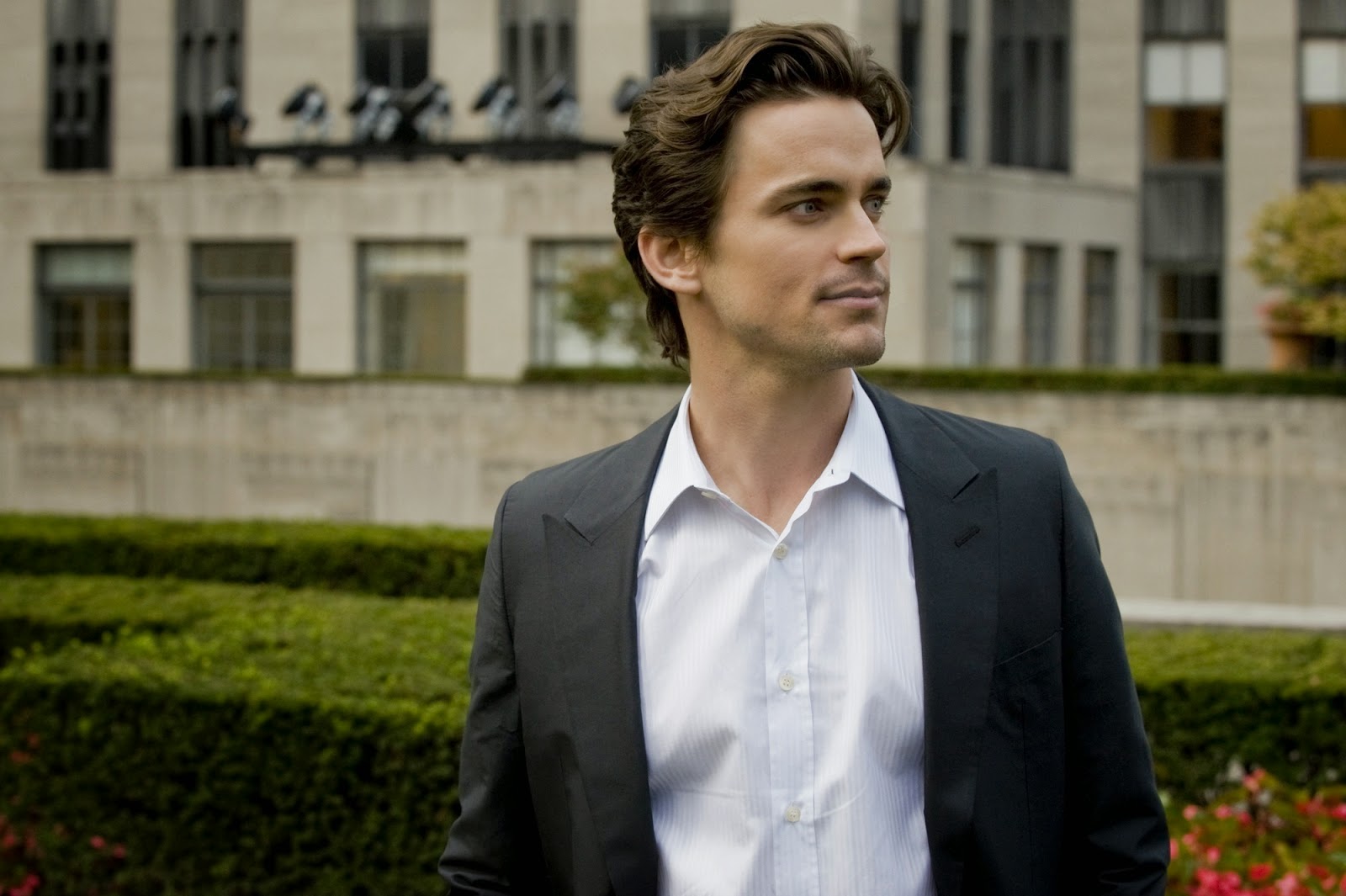 You might have thought I would go with Dexter himself (In fact, I think Jenna has) but I freaking love Debra Morgan! If Jess Day is who I would like to be, Debra Morgan is who I actually am. She's kind and passionate, but she also doesn't put up with any kind of crap, and has to swear at least once every 5 minutes. Me all over. 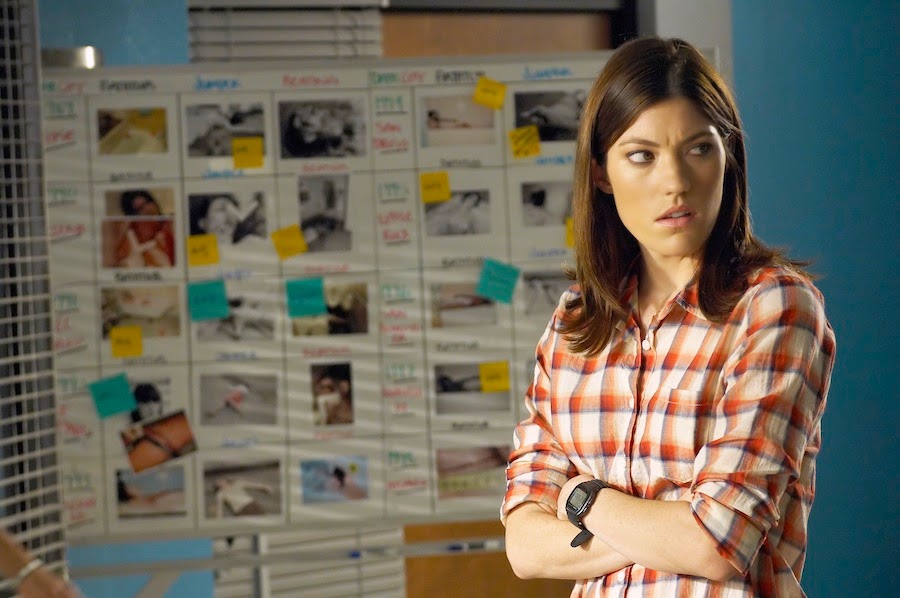 Come on, don't even pretend you didn't see this one coming. The latest Sherlock TV Show is just fantastic, and Sherlock himself is such an interesting character. I think his social awkwardness is my favourite characteristic in him though. Just when you think he can't say anything worse, he just digs a bigger hole for himself. I'm going to painfully wait through this hiatus until he's back on my TV screen. 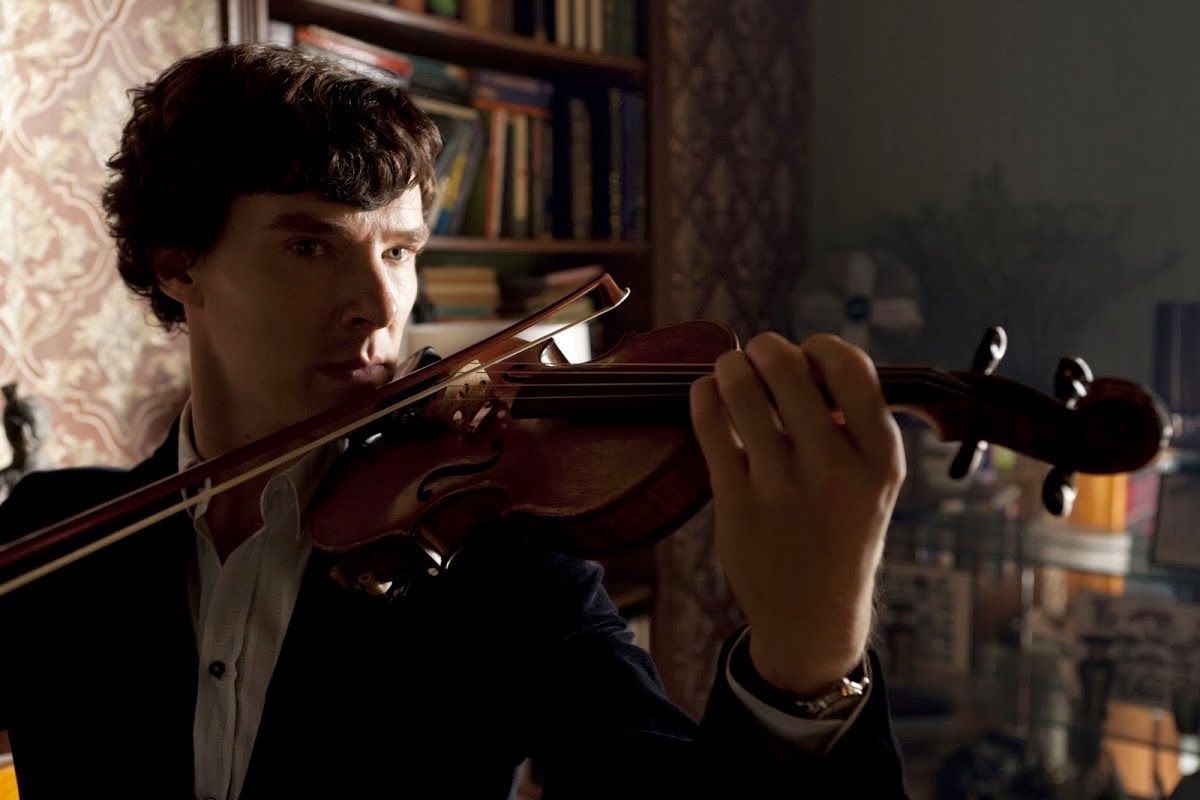 Phew, what a mega post! I had great fun putting this together, and I can't wait to see Jenna's list! Do you agree with any of mine? Who would be in your Top 10?﻿
Posted by Unknown at Thursday, April 17, 2014
Labels: Arrow, Benedict Cumberbatch, Dexter, Friends, Game of Thrones, Gossip Girl, Jennifer Carpenter, Matt Bomer, New Girl, Sherlock, Spartacus, The Big Bang Theory, Top 10, TV Show, White Collar